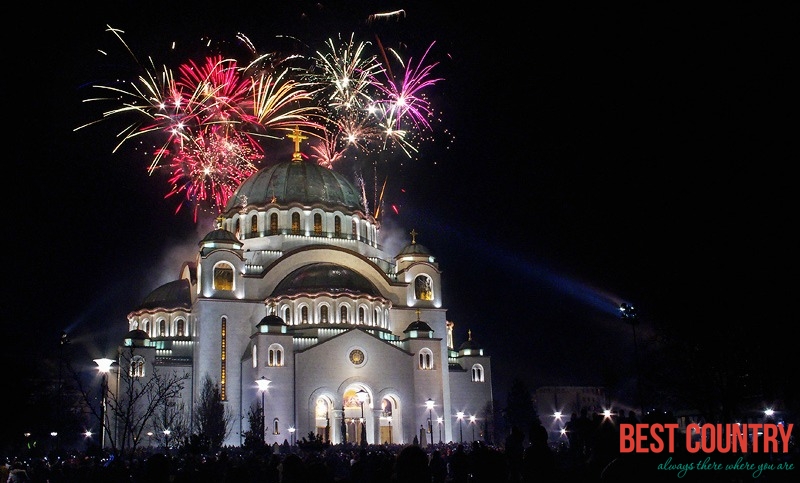 Belgrade - Serbian partygoers and caterers happily exploit an atavistic calendar to celebrate New Year's parties on December 31 and January 13, with an Orthodox Christmas in between.

Outwardly, the celebrations are alike, but the December party is larger, more cosmopolitan and with more foreign ingredients than its purely Serbian counterpart.

Come December 31, most of the over-20s without an invite to a private party seek out cafes and watering holes which offer New Year's packages with drinks included.

In Belgrade, a massive party financed by the city authorities boasts numerous stages with different types of music, plays and other shows.

The more affluent indoor partygoers will usually venture into the streets for an hour or two immediately after midnight, before returning inside.

On January 13 however, many cafes, particularly those playing only foreign music, do not offer special package deals, but only cater to walk-in customers.

Although the Christmas lights remain on the streets there are no official street parties, meaning nowhere for the poorer partygoers to enjoy themselves.

On the other hand, nightspots featuring the local 'turbo-folk' brand of music are as packed and even rowdier than two weeks before - which means a lot of table-dancing and shattered glass.

'The 'Serbian New Year' is wilder, putting it mildly,' says Isak, a manager of two prestigious 'urban' cafes in downtown Belgrade, who has also worked in several 'turbo' joints.

'You can expect more trouble on January 13 than on December 31, from glass flying around to fistfights and gun-drawing,' he says. 'It's just the nature of the holiday - it's a fiercely Serbian, fiercely wild thing.'

Hotels, restaurants and the 'kafana' - a traditional mix of a club, restaurant and dancehall with live music - sell seats, drinks and food for as much as 15,000 dinars, mostly to an older, 'sit-down' clientele.

Meanwhile city discos and the rowdy boathouse clubs, playing either foreign or domestic music, are particularly packed on both New Year's nights.

Such nightspots have in recent years become increasingly popular with young foreign tourists from the region, many of them Slovenians.

Nearly 10,000 Slovenian tourists are expected to have visited Serbia this December, an increase of many thousand from 2005.

'Over the past five New Year parties, at least 200-400 people of the 700-plus capacity crowd were Slovenians, from start to end,' says Mirko Pavlovic, owner of Belgrade's popular Underground disco.

Slovenians and other visitors equally like wild turbo-folk boathouses in December, but there are no foreigners 14 days later, as January 14 is a working day even in Serbia - of a sort, as many state firms simply proclaim a holiday until partygoers' heads clear.