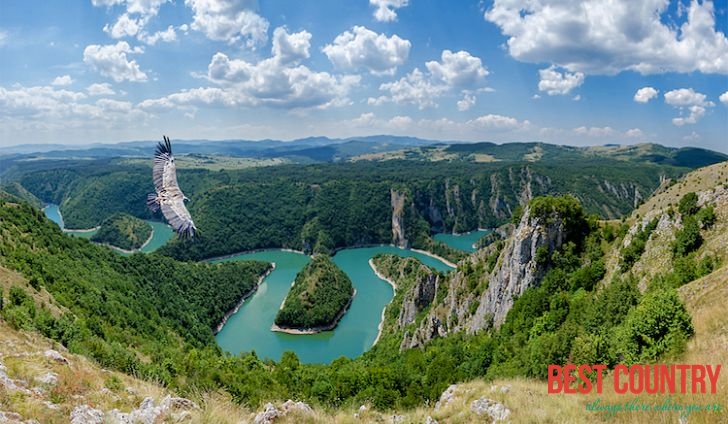 The Serbian climate varies between a continental climate in the north, with cold winters, and hot, humid summers with well distributed rainfall patterns, and a more Adriatic climate in the south with hot, dry summers and autumns and relatively cold winters with heavy inland snowfall.

Differences in elevation, proximity to the Adriatic Sea and large river basins, as well as exposure to the winds account for climate differences.

However, the Dinaric Alps and other mountain ranges contribute to the cooling down of most of the warm air masses.

Winters are quite harsh in Sandžak because of the mountains which encircle the plateau.

Mediterranean micro-regions exist throughout southern Serbia, in Zlatibor and the Pčinja District around valley and river Pčinja.