Unfortunately, Serbia is not a vegetarian - friendly country. Most of the people in Serbia are heavy meat - eaters. Do not take for granted that every restaurant has vegetarian cuisine, and do not try to find organic food shops.

Serbian cuisine is derived from mixed traditions, mostly influenced by Mediterranean (especially Greek), Hungarian, Turkish and Austrian cuisines, which makes it a heterogeneous one.

Some of the most characteristic meals are:

Sarma, plural sarme, in most Southern Slavic languages, and sarmale in Romanian), is a word for a grape leaf or cabbage roll common to Southeastern Europe and adjacent areas.

It is prepared in Armenia, Bulgaria, Bosnia-Herzegovina, Croatia, Greece, Hungary, Macedonia, Romania, Serbia, Montenegro, Slovenia, Turkey, Ukraine, and in some other geographically and traditionally close countries.

In Romania, the dish is most often referred to in the plural, as sarmale. Sarma means "wrapping" or "rolling" in Turkish, and is similar to its cousin dolma. 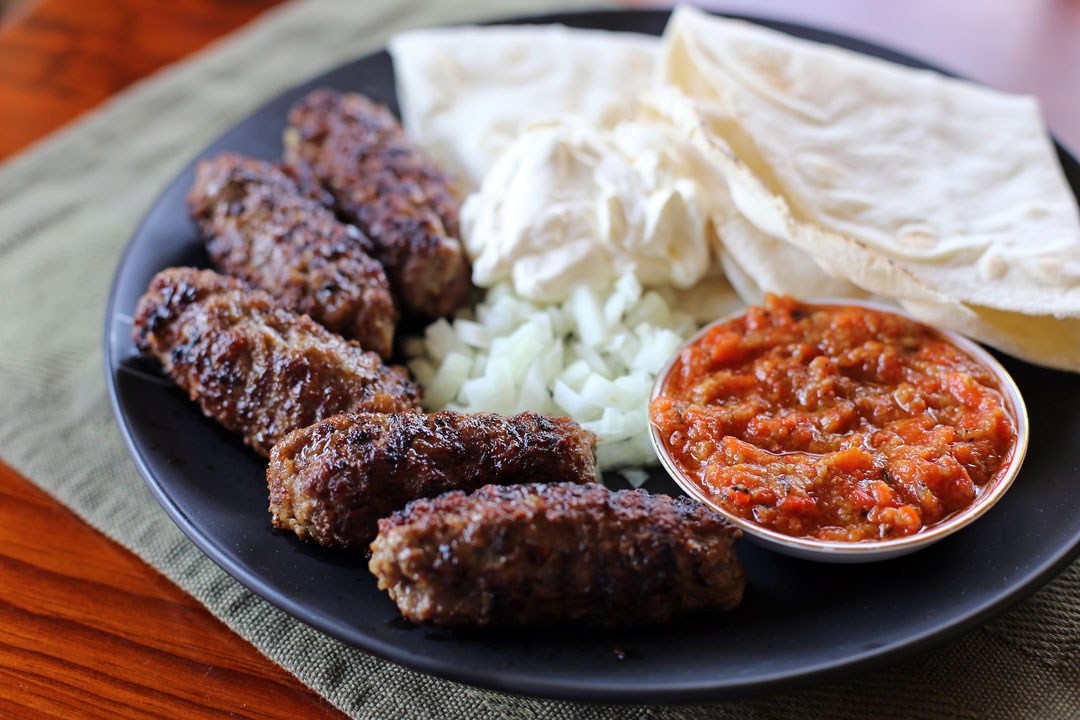 It is served with roasted potatoes and tartar sauce (mayonnaise, and chopped pickles).

Gibanica - This is one of the most popular and recognizable dishes in Serbia and it is made most often for festive occasions, or simply as a comforting family snack.

Gibanica is most commonly made with a variety of mild and strong cheeses, like cottage cheese, Feta cheese as well as kajmak. Other varieties are made with spinach, meat or potatoes and onions.