Coffee is an unavoidable ritual of Serbian people.According to the World health organization data, each day, about one and a half billion cups of coffee are consumed! At least ten million of that number are consumed in Serbia.

Natives of Serbia were introduced to its highness, coffee, by Turkish invaders. The word “kafana“ is of Turkish origine and signifies a house where people drink coffee. 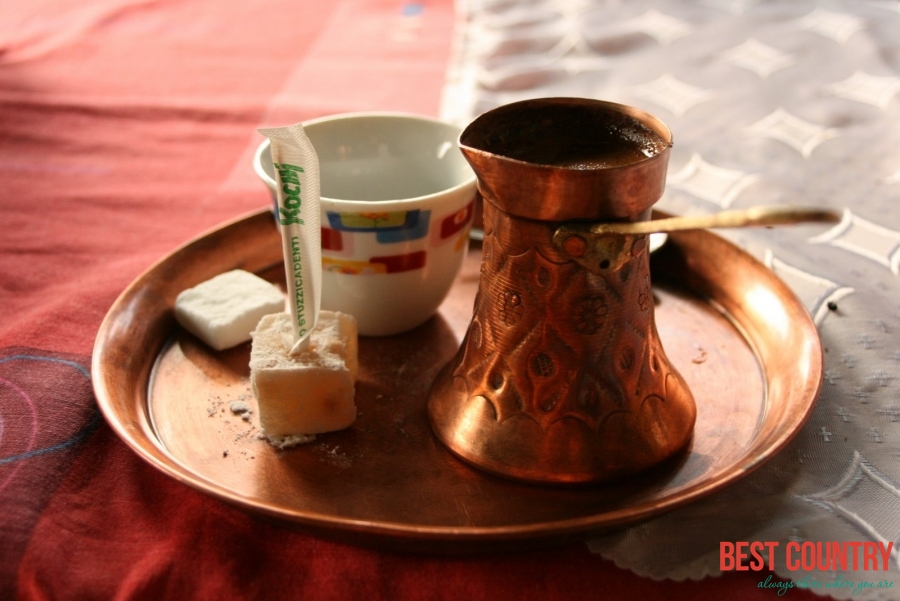 Such houses, that is medieval coffee shops, were for the first time opened in Constantinople, in the beginning of the 16th century.

While conquering the Balkan peninsula and advancing towards Europe, the Turks were building mosques as well as “kafanas“, small temples dedicated to coffee.

As a result, in 1521, in Belgrade, the first coffee shop opened its doors, welcoming all those who wanted to enjoy the taste and the smell of black, Turkish coffee.

One of the oldest coffee shops in Belgrade, is the "?" shop, a charming little place facing the Saborna church.

The shop changed its name so frequently, that it often left its owners puzzled and indecisive about the name it should bear.

Although a bit unorthodox, the question mark seemed like the most natural and appropriate choice. The coffee shop was one of many. Similar establishments sprouted like mushrooms all over Serbia. Drinking coffee became an unavoidable daily ritual.

Today, that black Turkish coffee still tops the charts of Serbian people. Espresso, Nescafé and filter coffee did earn their “planetary phenomenon” title, and as such they have occupied Serbia as well, but those are all momentary pleasures.

In Serbia, it is the black Turkish coffee that carries the weight of a cultural and social phenomenon. Enjoying coffee is a science, signifying a slow-paced life, a life of order and peace.

It takes quite a skill to be able to sit down, sip coffe and observe strangers passing by. To think about absolutely nothing in particular and to be relaxed. Indeed, it is a dying art, skill or talent, for coffee is not an instant experience!

What separates that black coffee from other coffees is its preparation method and the thick layer of sludgy grounds that is left behind at the bottom of the cup, after the coffee has been consumed. Sugar and milk can be added to the coffee.

It is prepared in “dzezva”, a vessel where water is boiled. When it reaches the boiling point, for each cup of coffee, a spoonful of coffee powder is added to the water.

The methods vary, only one should be careful, the coffee doesn’t overboil, although as people say, it indicates a possible money gain.

Johann Sebastian Bach devoted one of his cantatas to Turkish coffee. Once, it was mandatory to serve it with a cube of sugar or some other sweet treat.

Coffee was, and still is so present in everyday life, that people invented tasseography. It is a fortune telling method that allows people to read future from the patterns that are created once the cup is flipped over onto a plate.

But the method may be regarded just as silly as the famous and quite unexpected reason of why children shouldn’t be drinking coffee may be. "If you drink coffee, you will grow a tail", is the only excuse grown ups came up with to prevent children from indulging in this old ritual.

Therefore, once you have sipped your first coffee you are welcomed into the world of grown ups. If it so happens that your sink is clogged by coffee leftovers, you might as well consider yourself an addict. But once you decide to have your first Serbian coffee experience in company of locals, you will become a part of a big family.

But today, the kind of coffee you’re drinking is not all that important, should it be black, Turkish, Nescafé, Espresso, it is the feeling of unity and social bonding that matters.

Even when you’re sipping it alone, be certain that at the very moment, millions of people around the world are sharing the experience and enjoying the black and divine beverage with you.