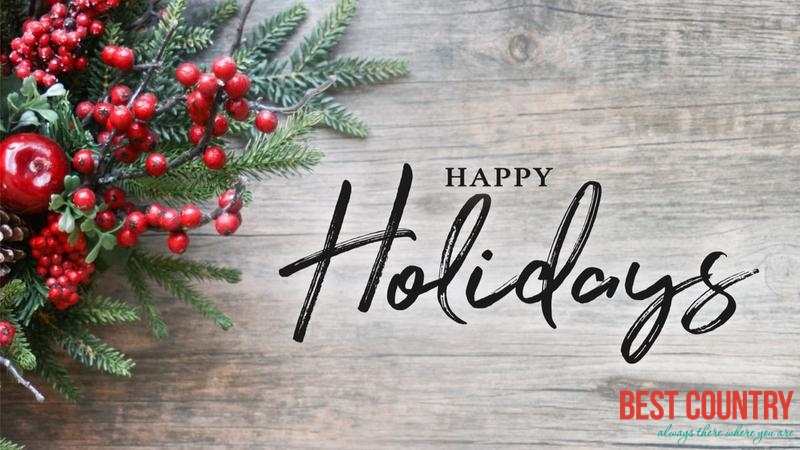 Followed by the New Year celebrations and Orthodox Christmas, the religious observances finally wrap up on January 20th with the day of St Jovan (John), who baptized Jesus Christ in the Jordan River.

Tradition allows the faithful to eat only fish and vegetables during the fast.

Meals usually start with the traditional Serbian rakija, an extremely strong spirit made from fermented fruit. Rakija made from plums or pears is a particular favorite in Serbia.

Celebration of saint days, or slaves, is an echo of the Serbs' polytheistic tradition, when every family had a patron. Now families gather to honor the Christian saints who took over as family patrons.

On the occasion of Serbian National Day, a formal reception took place at the Consulate General of the Republic of Serbia in Toronto on February 15, 2008.

The National Day is a designated date on which celebrations mark the nationhood of a nation or non-sovereign country.

This nationhood can be symbolized by the date of independence, of becoming republic or a significant date for a patron saint or a ruler (birthday, accession, removal etc).

Often the day is not called ”National Day” but serves and can be considered as one. The National Day will often be a national holiday.

For decades in the centralized economy of the communist era, it was the tradition to mark Labour Day on May 1 with festivities and tributes to workers.

This day is the result of a massive labor union movement; this day celebrates the social and economic achievements of workers.

This day is also known as May Day. In the changed situation, Serbia officially has 27 percent unemployment. On the other hand, its economy has achieved an unprecedented seven percent annual growth after billions of dollars were invested into now revived and prosperous industries.

The Serbian-orthodox Roma consider him as their patron saint.

In the Orthodox Church year, Djurdjevdan (George’s Day) falls on the 6th of May, but the festivities begin one day earlier.

The Muslim counterpart to the Orthodox George’s Day – herdelezi – comes from the Turk name hıdrelez, which is a blending of hızır and Elias.

Both djurdjevdan and herdelezi are celebrated in different ways depending on the groups and the religion. The significance and meaning of the celebration, however, are the same.

It is a spring celebration lasting several days which marks the beginning of summer and allegedly brings good fortune and wealth.

Djurdjevdan and herdelezi can be celebrated for up to a week. In most groups, all Roma of the town or city meet on the town square and, as the highlight of the celebration, give a big party with music and dance.

Saint Vartolomej and Varnava (Vratelomije) of the Serbia is celebrated on 24 April. Serbia is largely mountainous.

Its northeast section is part of the rich, fertile Danubian Plain drained by the Danube, Tisa, Sava, and Morava river systems.

Serbs settled the Balkan Peninsula in the 6th and 7th centuries and adopted Christianity in the 9th century. In his new position Bp. Varnava began openly criticizing the new communist regime for mistreating the church.

Varnava was born Vojislav Nastić in Gary. His father and mother were Atanasije and Zorka Nastic.

Petrovdan in Serbia is celebrated on the 12th of July each year.

The president of Republika Srpska /RS/ BIljana Plavsic, on the occasion of the St. Peter's Day /Petrovdan/ and finishing of the school year, the children in the accommodation centre in Misin Han near Banja Luka and gave them sweets and clothing.

The president of the Presidency and vice-president of Serbian Democratic Party /SDS/ Dragan Kalinic and Momcilo Krajisnik informed in Prijedor the members of the municipal boards of the party in Prijedor region about the situation in SDS and performed the consultations about the impending electoral ctivities.

On St. Elijah's Day, Ilinden, August 2nd, 1903, in answer to TMORO's call, the people rose up in rebellion. During the previous month preparations had been made and the whole territory divided into rebel regions and districts led by staff officers.

The fiercest battles were fought in the Bitola region of western Macedonia.The Declaration began from the premise that, in the absence of any visible solution by peaceful means, the Christian population was forced to resort to armed self-defense in order to induce the involvement of Europe.

The hosts were S. Blagojevic, V. Zmukic and M. Mitic. After the service performed by archpriest Milorad Soactar, all guests enjoyed in the pleasant evening entertained by 'Black Pearls' band.

Orthodox Christians refer to him as the Taxi arch Archangel Michael or simply Archangel Michael. St. Michael is one of the principal angels; his name was the war-cry of the good angels in the battle fought in heaven against the enemy and his followers. Four times his name is recorded in Scripture.

December 19th is Saint Nikola's Day, according to the Serbian Orthodox Church calendar. Each Orthodox Serbian family has a patron saint, and my late husband's is Saint Nikola.

Serbs who celebrate St. Nicholas as their slava or "celebation," mindful that the holiday occurs in the midst of the Christmas-Advent Fast, observe the holiday in the traditional religious manner and, prepare only no-fat meals on this day.

The historical Saint Nicholas is remembered and revered among Catholic and Orthodox Christians. He is also honoured by various Anglican and Lutheran churches.