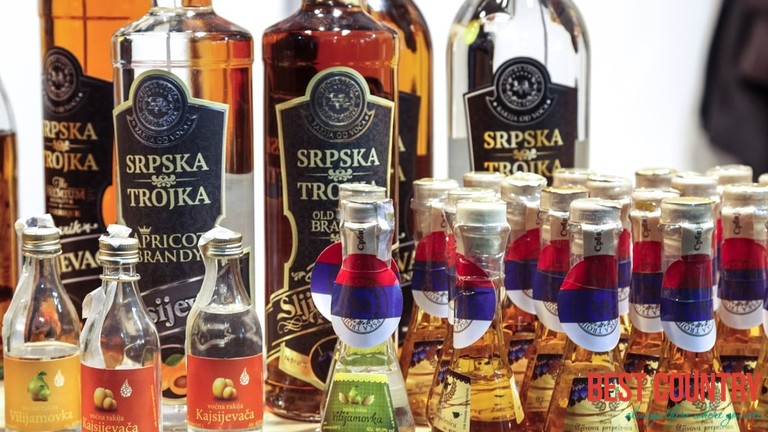 Of distilled beverages, the most popular are various fruit brandies called rakija. Comparatively many people brew their own rakija, which is highly prized by friends and relatives.

Various kinds of rakija are named after fruit they are made of; among the most known ones are:

Beer is widely enjoyed in Serbia, which has 14 breweries (see Beer in Serbia). Jelen pivo is usually considered to be the best.

There are nearly 70,000 hectares of vineyards in Serbia, producing about 425,000 tons of grapes annually. The majority of Serbian wines are produced in local wineries.

The Serbian wine industry is showing signs of significant growth, as evidenced by In Vino, an annual international wine festival that is held in Belgrade since 2004 on an annual basis.

Harvest season in Serbia begins in July and ends in October.