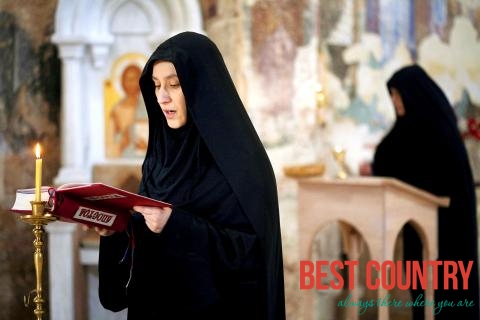 Serbia religions include the Serbian Orthodox Church, the Muslim Community of Serbia that is mostly Sunni, the Jews, the Native minority following regional faith, and the Eastern Orthodox church.

Constitution wise, the state of Serbia is secular in its outlook an does not recognize any national religion, though in certain cases favors are meted out to followers of the Serbian Orthodox Church.

The Serbian Church has indeed contributed considerably to the development and preservation of the Serbian culture, especially during the interference of the Ottoman empire.

The years from 1766 to 1832 saw a major struggle between the Ottoman rule and the Serbian Orthodox church that pose as the protector of the native Serbians.

Today, the Serbian Orthodox church has resorted to autonomy and almost 45% to 50% of the Serbian citizens follow this religious sect of Christianity.

THE DEMOGRAPHIC COUNT OF OTHER SERBIA RELIGIONS

Though Serbia constitution or the government do not encourage religious intolerance or preferences being made, there have been cases of violence in the past that involve inter- religious violence.

One one occasion, mosques had been razed in Belgrade, the Serbian capital and and Nis.

Also the minority religions residing in Serbia have time and again expressed their dissatisfaction against the treatment meted out to them because of their religion.