Kazakh national cuisine reflects the nature of its people, its history, customs and traditions. Since old times hospitality has been the most distinctive feature of the Kazakh people. A guest is always given a special welcome and offered the place of honor. 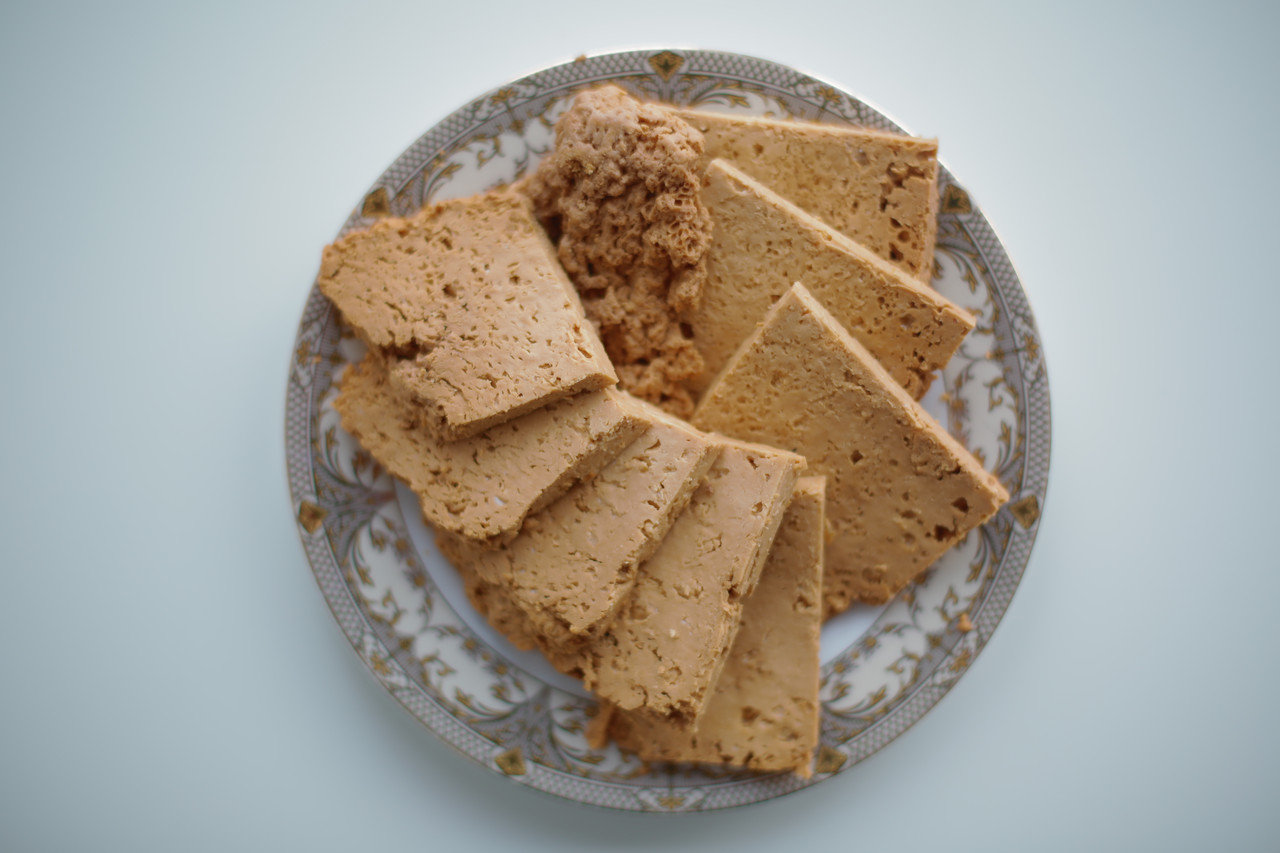 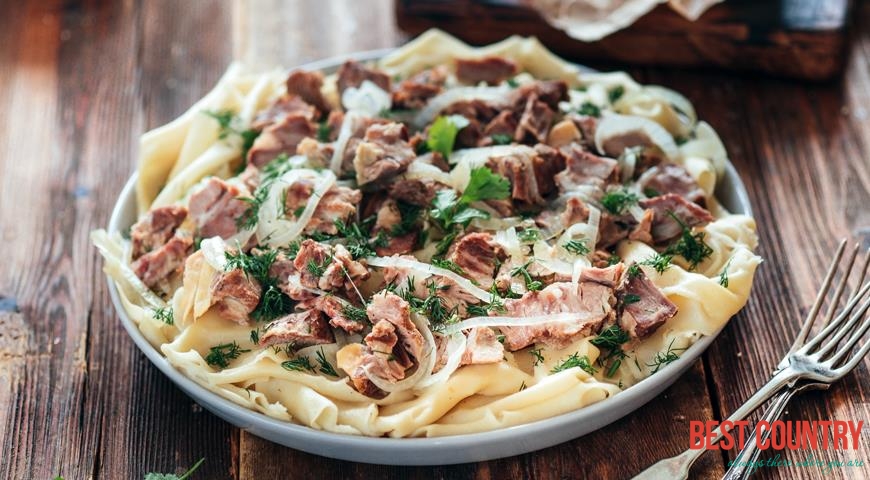 Kazakhs eat at a low table called 'dastarkhan' and the most popular dish has always been the national meat dish 'beshbarmak' (five fingers because of the manner in which it is eaten).

It is made of large chunks of boiled meat which the host cuts and serves to each guest according to their importance: the pelvic bones and shin to the elderly guests of honour, the brisket to the son or daughter-in-law, the cervical vertebra to girls and so on.

The highest ranking guest is served a sheep's head cooked in a special way and distributes it to other guests according to local tradition (old men, children, close and distant relatives).

The meat is eaten with boiled pasta sheet and a meat broth called sorpa usually sewed in traditional Kazakh bowls called 'pialas'. At the end of the meal kumys is sewed then tea.

Today the dastarkhan gathers as well as Kazakhs many other nationalities: Russians, Tatars, Ukrainians, Uzbeks, Germans, Uigurs, Dungalts and Koreans.

These people who have lived peacefully with the Kazakhs have influenced their cuisine, everyday life and culture and adopted some Kazakh traditions.

Today, the range of ingredients available locally has considerably widened and influenced the national cuisine accordingly.

Traditionally Kazakh cuisine was mostly based on meat and milk products. But more recently vegetables, fruits, fish, seafood, baked dishes and sweets have been added to the list of delights Kazakhs offer to their guests.