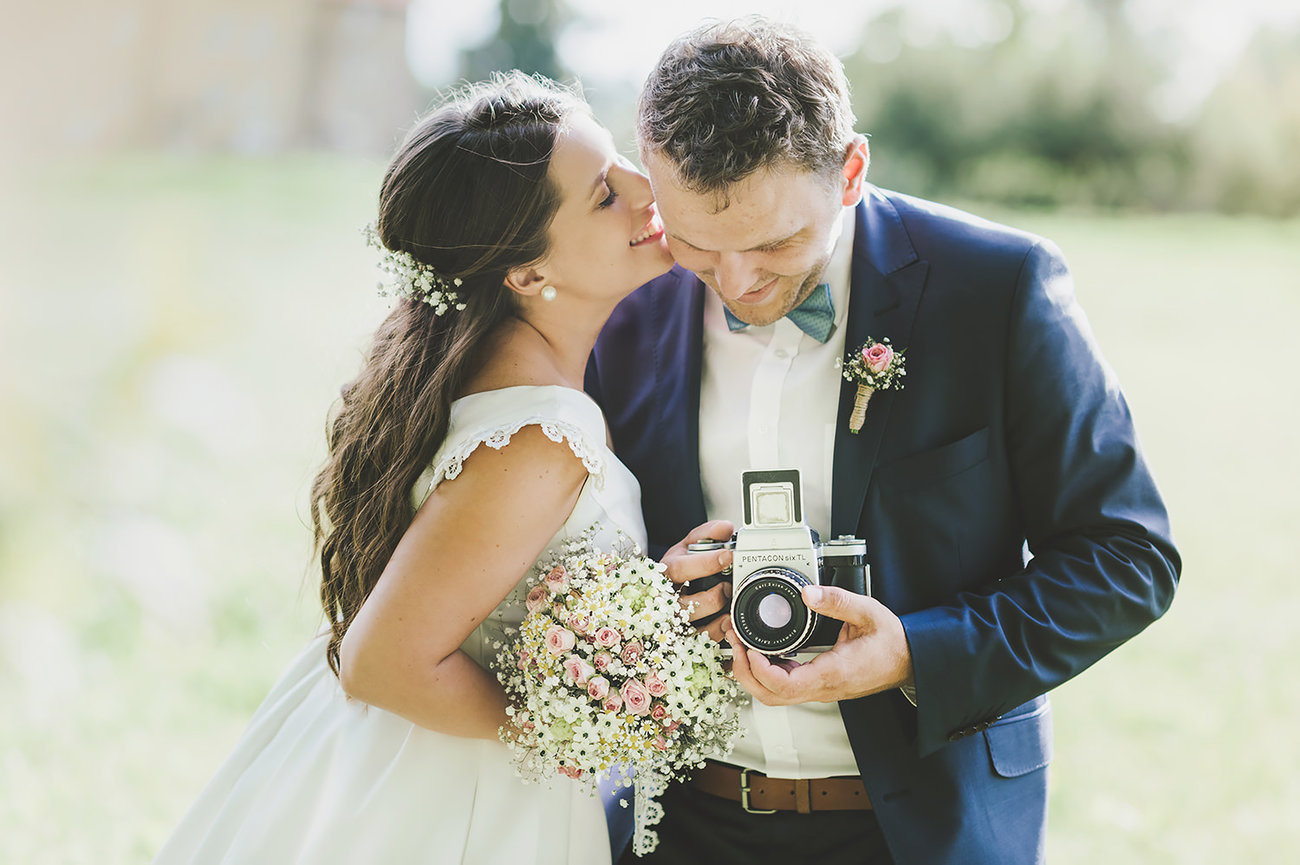 The colorful and joyous traditions of the past are often still observed.

Traditionally it was the job of best man to personally visit each wedding guest and verbally invite them to the wedding ceremony, generally in rhyme, and it was his responsibility to arrange for up to three days of wedding festivities.

Even today it is considered good manners for the bride and the groom to go as a couple and to personally invite relatives, neighbors and close friends to their wedding.

Three bright and vibrant colors were usually repeated in the bride’s dress and in her large and elaborate headdress, which also included woven wheat as a symbol of fertility.Under the dress were many layers of underskirts.

Today many brides opt for a white wedding dress similar to those worn in the U.S. and Western Europe.

In the past it was the custom for large numbers of people, sometimes the entire village, to form a wedding procession to escort the bride from her home to the groom’s home or to the church in a colorfully painted and decorated cart.

Along the way the bride would be repeatedly toasted and wished well, and it was not uncommon for the bride to be “kidnapped” by a group of cheerful men or women and for the groom to have to “rescue” his bride before the ceremony.

When the bride reached the groom’s home, the groom’s parents would greet her with a glass of wine. She would traditionally toss the glass over her shoulder and allow it to break.

She might also be presented with an egg on the floor, which she would break to insure that her future children would be healthy.

Even today this tradition, or variations of it, is still performed by many brides and grooms after the wedding ceremony and after the reception.

A civil ceremony followed by a church ceremony

All Hungarian weddings, to be legal, must be civil and take place in the courthouse. The bride and the groom and at least two witnesses sit in chairs while a brief ceremony takes place and then the couple signs their name in a registry book.

However, most couples prefer a religious ceremony following the civil ceremony, and very often the wedding procession follows the happy couple straight from the courthouse to the church.

During the church ceremony it is customary for the bride and groom to sit on a platform at the front of the church while guests come forward to read poems, or to sing songs, or to remember some story about the bride or the groom and to officially wish them well.

It is still customary today for the engaged couple to wear their wedding rings on their left hand during their engagement.

Wedding gifts may be presented as the couple leaves the church or they may be presented afterward at the bride and groom’s new home. Care must be taken to keep track of what each guest gives as it is customary for the couple to give a similar gift the next time the gift-giver has a special occasion that calls for gifts.

Off to the reception!

Then it’s off to the wedding reception, where there is an endless supply of food – often flavored with paprika, which is felt to have almost magical properties. At the reception there is a lot of dancing, music, singing, and drinking.

As the evening progresses it is customary for the new bride to dance a “money dance.” This is where the male guests “pay” to dance with the bride, either pinning money to her dress or dropping money into her shoes which are in the middle of the dance floor.

Guests are expected to be generous when “paying” for a dance with the bride as the money will be used by the couple for their honeymoon and to help set up their new home.

While times may have changed, it is comforting to look back on such wonderful and happy traditions and to be able to draw upon them for even the most modern of weddings today.