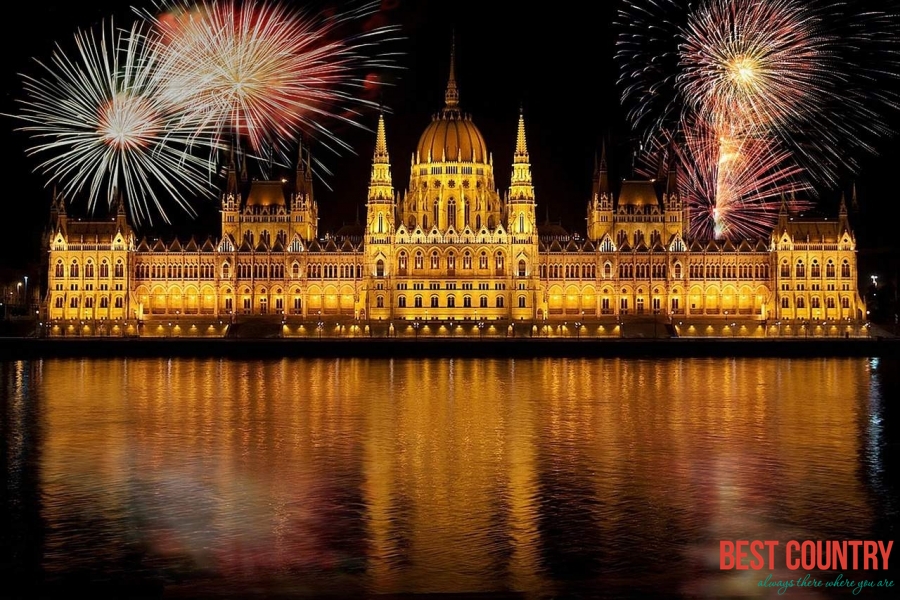 Though many superstitions are today just for fun, they have their roots in historic culture and recall a past when Hungarians needed ritual and magic to protect them from evil and predict the future.

To destroy the old year, a straw effigy was burned or buried, and celebrants would attend church to put the old year behind them and start afresh.

On this night, it was believed that animals were able to speak and that onion skins sprinkled with salt could indicate a rainy month.

Today, Hungarians get together to celebrate the New Year and may eat pork and lentils for luck.

The largest public New Year's Eve party occurs in Budapest, though many people celebrate at home or attend private parties.

Kissing your significant other as the clock strikes midnight, signifying the start of a new year, is a custom practiced in Hungary, just like it is in other parts of the world.