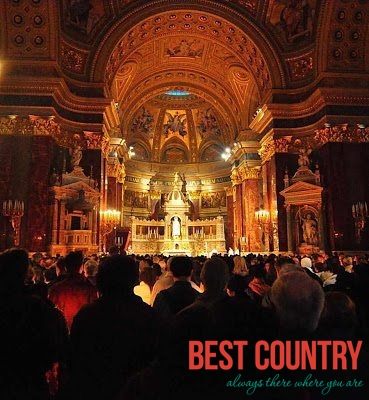 Hungary claims no official religion and guarantees religious freedom. More than half the people are Roman Catholic, most of them living in the western and northern parts of the country.

About one-fifth of the population are Calvinist (concentrated in eastern Hungary).

Lutherans constitute the next most significant minority faith, and relatively smaller groups belong to various other Christian denominations (Greek or Byzantine Catholics, Eastern Orthodox, and Unitarians).

The Jewish community, which constituted 5 percent of the population before World War II, was decimated by the Holocaust and is now much smaller.