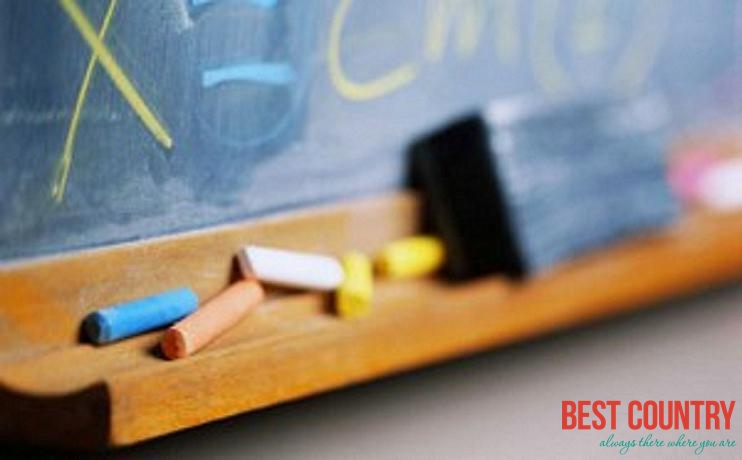 Education in Hungary is compulsory between the ages of 6 and 16. The child may have had the benefit of a kindergarten (óvoda) experience prior to school entry but formally begins school (általános iskola) at 6 and remains in that school until 14. At 14 the child will attend a secondary school, either a grammar school devoted primarily to academic studies (gimnázium) or a vocational school (szakközépiskola). While the pupil is permitted to leave school at 16, most continue to 18 years of age. Further study in institutes of higher education is by competitive entry and less than one fifth of all students go on to colleges and universities.

Academic Year: The school academic year runs from September to mid-June while institutes of higher education are finished by the end of May. Schools generally use two semesters, but religious holidays (Christmas and Easter) are times of extended school breaks.

Enrollment: In 1996 enrollment in primary schools was 97 percent of the relevant age group and enrollment in compulsory secondary school was 87 percent.

Enrollment for males (98 percent) was similar to females (97 percent) in primary schools but female enrollment was higher in secondary schools (87 percent) than males (85 percent).

Overall school enrollment has risen since 1990, probably as a result of a dedicated effort on the part of the government and population to adjust to economic change.

Females & Minority Enrollments: Unlike many nations, Hungary has full equality in education as a legacy of the Socialist system. As a result school enrollment is around 98 percent for the nation. The most significant obstacle to full enrollment is enrollment of Roma children into the school system.

Language of Instruction: In the primary and secondary schools of Hungary, Hungarian is the predominant language of instruction.

However, in areas of significant ethnic minorities (Croats, Serbs, and Roma), bilingual education is present. This is particularly so in southern Hungary (areas of Croat and Serbian ethnicity) and in the northeast region (an area of Roma concentration).

Language training in English and/or German (sometimes Italian) commences around the age of ten, but, in schools specializing in languages, it can be as early as the third grade or age eight. Language training continues through the four years of secondary school.

In institutes of higher education, classes are often taught in German or English to improve student familiarity with these languages and also to attract foreign students to study in Hungarian institutions.

Examinations: Students at the primary and secondary levels are examined at the end of the year with the summer examination acting as the judge of whether the student advances to the next grade.

Examinations at the end of secondary school are set by the state and partly used as university entrance examinations, in conjunction with examinations set by the individual university for the faculty in which the aspiring student wishes to enter. Examinations in universities and colleges are at year's end and can be both written and oral.

Grading System: When graded at primary and secondary school, the grading is on a one (failure) to five (excellent) system.

Private Schools: Private schooling is not a major part of the Hungarian educational system. This is because the state has consistently reaffirmed its commitment to full funding (albeit an increasingly diminishing amount).

Religious Schools: During the period of Socialist government, the church as a vehicle in the education system was totally repressed.

With the coming of democracy, the church sought to recover its role in the system, culminating in Law LXX of July 1999 that established the role of the Catholic Church in the financing of the public and religious activities of the schools.

At the tertiary level in 2000, there were 26 institutions of higher education sponsored by the church, mostly theological colleges but some universities.

One example is Pázmány Péter Catholic University, which was established in 1993 following the change of government. Other religions were less impactful. The Károlyi Gáspár University of the Hungarian Reform church was formed in 1993 though.

It should also be noted that there are six "foundation" colleges in Hungary specializing in such subjects as education for the handicapped, business, and entrepreneurial activity. They receive their funding from tuition fees and educational foundation grants and attempt to provide educational services to defined market niches.

Instructional Technology (Computers): There is a growing availability of computers in the schools of Hungary, usually for administrators and within the library. Most students commence computer training at the age of 11 or 12, but voluntary instruction at an even earlier age is not unknown.

Most of the institutions of higher education have computer labs but state institutions, particularly in the outlying cities, have a serious lack of computers for instructional technology. Access to the Internet is thus restricted.

Textbooks—Publication & Adoption: The state of school libraries is generally considered poor notwithstanding their heavy use in the curriculum.

Budget difficulties in education have meant that new textbooks have not been produced or purchased, and hence the concern is not necessarily content but quantity and the physical condition of the existing inventory.

Most socialist texts have disappeared though this was never a major feature of Hungarian libraries. In the area of tertiary education the situation seems a little better.

As the institutions merge their holdings and expand, new libraries are being built to cater to the larger institutions. The World Bank has been a major supporter in the revitalization of libraries at the tertiary level.

Audiovisuals: There is a serious deficiency in the provision of audio-visual services in the classrooms at all levels. In large part this is a legacy of the socialist pedagogical method of instruction by means of lecture.

Budget restrictions since the collapse of the Socialist system has made the provision of audio-visual as a modern teaching aid even more problematic. Audio-visual aids are limited to overhead projectors and slide projectors.

Curriculum—Development: The state is responsible for the development of the schools' curriculum and, in the case of Hungary, has been very active in the attempted transformation to a more western or global perspective. Teachers have some freedom to decide on their course content based usually on local and regional topics, opportunities, and issues.

Foreign Influences on Educational System: With the granting of associate membership in the European Union (EU) in 1994, the full application to join in 1997, and the joining of Hungary to NATO in 1999, European influences on Hungarian education have become more apparent.

In particular Hungary was required to fulfill a number of requirements in order to conform to EU standards, which involved significant foreign involvement. Specific EU influences include Hungarian participation in the Socrates (K1-12 student exchanges), Erasmus (youths and student exchanges in higher education), and Leonardo da Vinci (development of vocational education) projects.

Hungary is a partner in the EU European Voluntary service initiative established in 2000 and is also part of the "Fifth framework program" in which research and technological development are coordinated with the EU through the Ministry of Education.

Finally, by becoming part of NATO, Hungary could take part in the NATO Science Fellowships Program that links Hungarian research in higher education to scientific institutes within all NATO countries.

Role of Education in Development: Education is very important to the Hungarian economy with more than 297,000 persons employed in this sector in 1997 or 8.14 percent of the labor force, making it a very significant employer in the country. Moreover, education has been touted as a major contributor to the bringing of Hungary into the world economy.

To this end there has been a great emphasis placed on the role of the education system in fostering innovative thinking and entrepreneurship—two major areas that are seen as very important for the future of Hungary but were completely lacking in the socialist system of education.

This emphasis must be reconciled with the concern that since the high literacy rates and technological achievements in the socialist era, the educational system has regressed.

The reasons for this regression are readily apparent: lack of funding for teachers, equipment, and buildings; a movement out of the teaching profession of teachers; and a move away from a teaching career of the best and brightest graduates.