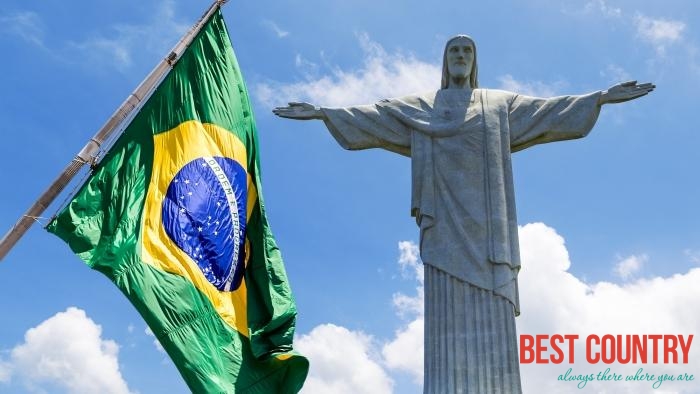 Brazilian religion is more than just a belief system; it is the center of much of the Brazilian culture and social system.

Brazil has a diverse religious society that has changed some over the years while still holding onto much of their tradition. The influence of religion in Brazil is evident even to visitors to the country.

Around ninety percent of the Brazil people declare a religious affiliation, according to the last census. While the majority of Brazilians are Roman Catholics, there are a great number of other beliefs represented in the country.

The History of Brazilian Religion

Religion has been an important part of Brazil&#146;s history. Christianity was first introduced to Brazil in the sixteenth century when Jesuits missionaries came to the country and practiced Roman Catholicism. It was observed by all of the Portuguese settlers.

During the early years, everyone was obligated to pay taxes to the church and take on the Roman Catholic faith. While the Inquisition was not formally part of Brazil, it was practiced throughout the colonies. Priests were paid a salary by the government and had much influence on the leaders.

Once Brazil achieved its independence, freedom of religion was incorporated in 1824 in the first constitution. However, Roman Catholicism was still declared the official state religion.

When the African slaves came to Brazil, they brought many of their own religious beliefs. Even though they could not be practiced openly, they followed their ceremonies and traditions. They came to be called Afro-Brazilian religions and were often considered cults.

In 1891, separation between church and state became official. All religions were made equal, and there was no longer an official state religion. However, the Roman Catholic Church remained very influential in daily life and in the government.

While Brazil still boasts the largest number of Roman Catholics in the world, there has been a decline in the percentage. It has dropped to around seventy-three percent of the overall population.

Part of the reason for the decline is that there are a fewer number of active Catholics in Brazil. Many of those who declare themselves to be Catholic are not practicing members. For instance, while most Brazil Catholics are baptized and married in the church, many do not attend Mass or participate in church activities.

More women attend church than men and you will see more elderly people in church than younger members. The Catholic Church has made attempts to interest younger people in an effort to increase attendance.

Another reason for the decline of Roman Catholicism is the growth of other religions throughout the country. Syncretism has become part of Brazilian religion over the years. It is a combination of religious beliefs to incorporate different aspects of each of them. It is mainly a blending of Roman Catholicism with the Afro-Brazilian cults. The two most well known and widely accepted blended religions are umbanda and candomble.

Many of the followers of these two religions and other similar ones live in urban areas such as Rio in the north or Sao Paulo in the south. Many of their rituals were originally brought to Brazil by the slaves from Africa where they gradually were integrated into Brazilian religion.

The African people would summon their Gods through chants, songs, and dances. They were persecuted by non-followers as pagans or satanics. Today, they give food offerings or candles and flowers to the spirits and leave them in public places. They are still treated differently in southern Brazil even though many Christians follow both religions.

You will find many other religions represented in Brazil in today&#146;s society. There are a small number of Jews, Buddhists, Islamic people, and many others. In the Amazon, you will find Indians who still practice their traditions. Some of their beliefs, including the use of plants, are incorporated into other African and folk religions.

There is a small number of Brazilians who are agnostic or atheists, but they are a tiny percentage of the population. In fact, they make up only about seven percent for all of Brazil.

How Religion Affects the Brazil Culture

As with many other countries, Roman Catholicism played a heavy role in society at its height. Divorce was not allowed in the country until 1977 even if the couple had other beliefs. Since the 70s, the Roman Catholic religion has lost much of its influence; however, it and other religions still play a large part in Brazil&#146;s culture and celebrations.

Catholicism can be seen in the festivals that are celebrated in Brazil, such as the Cirio de Nazare in Belem and the pilgrimage to the National Shrine of Our Lady of Aparecida (Our Lady of Appearance). They celebrations are enjoyed by large numbers of Brazilian citizens and visitors.

Many cities in the central part of the country celebrate the Festo do Divino (Feast of the Holy Ghost). It is a large celebration that lasts a week and takes place fifty days after Easter. The whole town gets involved and provides food and entertainment. Meals are given to the poor and needy and dances are held in the streets. Children receive bags of treats during the celebration.

One recent trend that is affecting the culture of Brazil is the increase in other Protestant religions in many areas of the country. Considerately more conservative than many of the other religions, they have strict standards in many areas. They have rules of conduct on personal behavior with regards to drinking, smoking, gambling, and dressing. Their appeal is to the migrants in urban areas who are adapting to a new life.

Brazilian religion is as old and as varied as the country itself. Like any other country, the social and cultural behaviors are reflective of the influence that the various religions have on it. While you still see the influence of the Roman Catholic religion, other belief systems are becoming more dominant in many areas of Brazil society. The fact that Brazil is a country steeped in religious tradition is recognized by visitors and residents alike.