In Brazil, Christmas is one of the most important festive days, or "dia de festas". It is celebrated on 25th December. 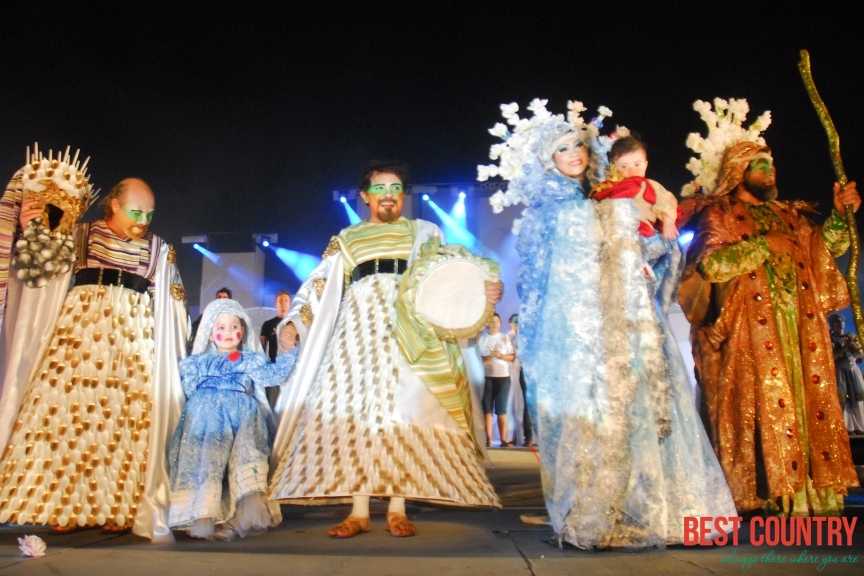 Having a multicultural population, the festivities in the country are influenced by ethnic ways. As a former Portuguese colony, they have retained some of the Christmas customs of their former masters. Notable among these is creating a nativity scene or "Presepio". The word "Presepio" comes from "presepium" meaning the bed of straw in which Jesus first slept after birth in Bethlehem.

This custom is common in places of north eastern Brazil like Bahia, Sergipe, Rio Grande do Norte, Paraiba, Maranhao, Ceara, Pernambuco, Piaui and Alagoas. A Franciscan friar named Gaspar De Santo Agostinho is believed to have first introduced the tradition in the city of Olinda (in the state of Pernambuco) in the 17th century.

The practice of setting up presepios continue to this day. Every December, presepios are created during Christmas and displayed in churches, houses and stores. Come January and they are dismantled along with the Christmas trees and lights.

On Christmas Eve, thousands of devout Catholics attend the "Missa do Galo" or Midnight Mass. Masses are also organised on December 25 in the morning and later afternoon.

Christmas decorations in the country involve setting up Christmas trees in individual homes and adorning them beautifully with decorative items such as lights, plastic balls and glass balls. A highlight of Christmas celebrations in Brazil is making huge Christmas "trees" of electric lights. These "electric trees" can be seen against the night skies in major cities such as Brasilia, Sao Paulo, and Rio de Janeiro throughout the season.

Caroling is quite a popular custom here. Various christmas carols are sung during Christmas to commemorate the birth of Christ. A number of Christmas songs (pastorils and others) are sung on the occassion. "Noite Feliz" ("Silent Night") is probably the song most associated with Christmas in Brazil.

The beginning of the previous century saw many immigrants coming from Europe and other parts of the world and settling in Brazil. As a natural consequence, the festivals celebrated in the country began to be observed in diverse ways and influenced by different traditions that these people brought with them.

Christmas is not an exception. The food eaten in Brazil (specially in the South states) during Christmas came from Germany, Italy, Portugal, Spain and other countries. The traditional Christmas dinner here includes roasted turkey, vegetables and fruits.

Beer and wine are also served often; a German "Stollen" or an Italian "Panetone" often find their way to a Christmas feast held in the southern parts of the country. A huge Christmas dinner menu includes turkey, ham, colored rice, and wonderful fresh vegetable and fruit dishes.

The less fortunate have rice with chicken or with beans.

In some regions the feast starts on Christmas Eve around 9 pm, while at other places it is eaten at midnight with the children being served first.

Like Santa Claus in the U.S., Papai Noel (Father Noel) is the gift-bringer in Brazil. According to legend, he lives in Greenland and resembles Santa in many ways. Papai Noel can also remind you of Chile's "Viejo Pascuero" (Easter Old Man).

This gift-giver of children is depicted as wearing a red fur coat with boots and carrying a bag full of presents. He is believed to secretly leave gifts at the house of every good child on Christmas Day. Children wake up early on Christmas morning to look for gifts from this benevolent character.

Except for the high temperatures and the absence of snow, Christmas here is pretty much the same as it is in the US.