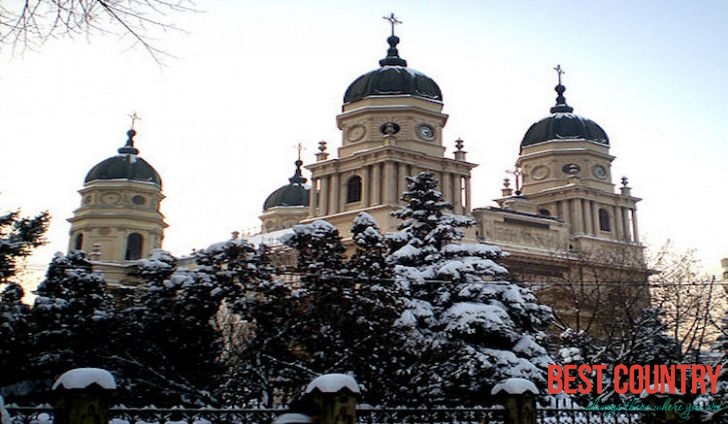 Romania is a secular state, and it has no state religion. However, an overwhelming majority of the country's citizens are Christian. 86.7% of the country's population identified as Eastern Orthodox in the 2002 census (see also: History of Christianity in Romania).

Romania also has a small but historically significant Muslim minority, concentrated in Dobrogea, who are mostly of Crimean Tatar and Turkish ethnicity and number 67,500 people.

Eastern Orthodoxy is the largest religious denomination in Romania, numbering 15,869,975 according to the 2002 census, or 86.7% of the population.

The rate of church attendance is, however, significantly lower. According to a September–October 2007 poll, with respect to church attendance there are four categories in Romania (percentages relative to general population): 38% go to church several times a month or more (of which 7% go weekly or more often), 20% go to church on the average monthly, 33% go only one or two times a year, and 7% don't attend church.

According to the 2002 census, there are 1,028,401 Roman Catholics in Romania, making up 4.7% of the population. The majority of Roman Catholics are of Hungarian ethnicity, even though there are also more than 300,000 ethnic Romanian Catholics, mainly in Transylvania.

According to the 2002 census, there are 191,556 Greek-Catholics in Romania, making up 0.88% of the population. The majority of Greek-Catholics live in the northern part of Transylvania.

According to the information, valid for the end of 2003, given in the 2005 Annuario Pontificio, the Romanian Greek-Catholic Church then had 737,900 followers, many bishops, some 716 diocesan priests and 347 seminarians of its own rite.

The dispute over the figure is included in the United States Department of State report on religious freedom in Romania. The Romanian Orthodox Church continues to claim many of the Romanian Greek Catholic Church's properties.

Although the number of adherents of Islam is relatively small, Islam enjoys a 700 year tradition in Romania particularly in Northern Dobruja, a region on the Black Sea coast which was part of the Ottoman Empire for almost five centuries (ca. 1420-1878).

According to the 2002 census, 67,566 people, approx. 0.3% of the total population, indicated that their religion was Islam. 97% of the Romanian Muslims are residents of the two counties forming Northern Dobruja: eighty-five percent live in Constanţa County, and twelve percent in Tulcea County.