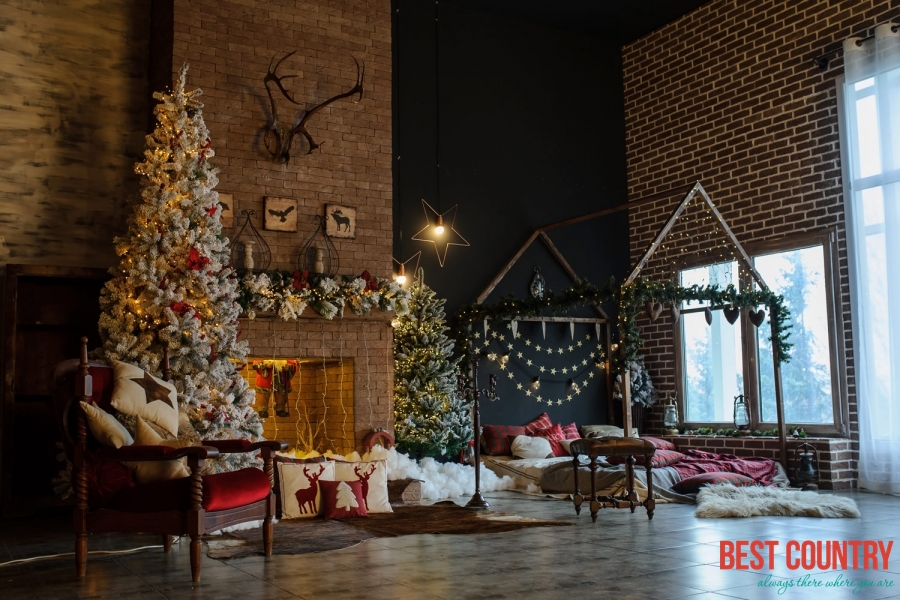 In Romania, Christmas and mid-winter celebrations last from 20th December to 7th January. The 20th is when people in Romania celebrate St. Ignatius's Day. It is traditional that if the family keep pigs, one is killed on this day. The meat from the pig is used in the Christmas meals.

Carol singing (known as 'Colindatul') is also a very popular part of Christmas in Romania. On Christmas Eve children go out carol singing from house to house performing to the adults in the houses.

A traditional Romanian Carol is the 'Star Carol'. The star is on a pole and made of colored paper, often decorated with tinsel, silver foil and sometimes bells.

In the middle of the star is a picture of baby Jesus or a nativity scene. Carol singers take the star with them when they go carol singing.

The words of the Star Carol are:

"The star has appeared on high,
Like a big secret in the sky,
The star is bright,
May all your wishes turn out right."

In many parts of Romania, it's also traditional that someone dresses up as a goat, with a multicolored mask, and goes round with the carol singers. The goat is known as the 'Capra' and it jumps and dances around getting up to lots of mischief!

Another Christmas Eve tradition is a drumming band or 'dubasi'. This is normally made up of un married-men. A band can up to 50 or 60 men in it!

As well as the drums there's often a saxophone and violin. The band will practice for about a month before Christmas so they are really good! The go round the streets and are given presents.

New Years Eve is also an important celebration in Romania. It's sometimes called Little Christmas. Traditionally a small, decorated plough called a 'Plugusorul' is paraded through the streets on New Years Eve. It is meant to help have good crops for the following year.

On New Years Day, children wish people a Happy New Year while carrying around a special bouquet called a 'Sorcova'. Traditionally, the Sorcova was made of twigs from one or more fruit trees like apple, pear, cherry or plum.

They're put into water in a warm place on 30th November, so they hopefully come into leave and blossom on New Years Eve! Nowadays often a single twig of an apple or pear tree is used and it's decorated with flowers made from colored paper.