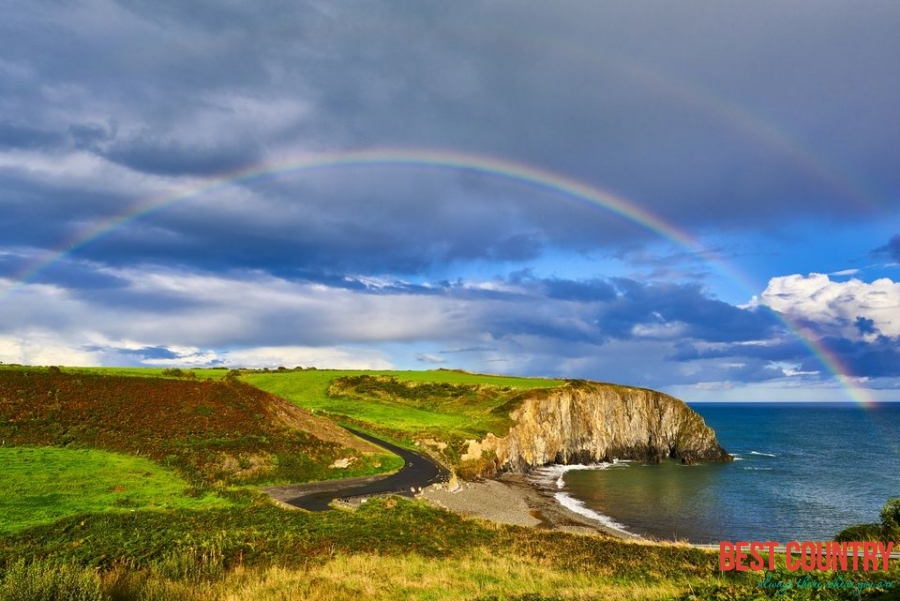 Ireland enjoys a temperate maritime climate, due mainly to its proximity to the Atlantic Ocean and the presence of the Gulf Stream. Known as the Emerald Isle, Ireland is so green because it receives a lot of precipitation.

Typical winter weather in Ireland is clouds and rain with the occasional sunny spell. The mountains may have snow on them for many weeks in winter, but falls on the lower ground on only a few days a year, and is generally not a feature of the Irish climate.

Temperatures hover around a January average of 5C. Overnight temperatures often drop below freezing point, and ice and frosts are common. Each winter there are a few weeks when the temperature does not rise above freezing point all day, and rivers and lakes can partially freeze over.

Typically, summers in Ireland have warm, sunny weather and a sky dotted with gentle fluffy clouds. Light rain occasionally occurs on days like these, but summer rain is usually restricted to a few wet days.

In July and August, the conditions can bcome very humid and thunder storms can occur with lightning. The average July temperature is around 15C, although temperatures in excess of 30C are not unheard of.

Areas close to the coast rarely have a large difference between summer and winter conditions, and Ireland is no exception.

With an average 10C difference between January and July, the weather is much more consistent than continental areas of the world. This consistency is due to the moderating effect of the Atlantic Ocean, which absorbs heat in summer and gives it out in winter.

Across Ireland, the local climate differs from place to place. The wettest weather always occurs in mountains and those areas to the east of the mountains - the direction of the prevailing wind.

The classic examples are Kerry, Galway and Donegal. The dryest weather occurs east of areas where there are few mountains, such as the east coast.

Counties Dublin and Kildare enjoy the driest weather. It must be borne in mind, however, that the difference in rainfall does not have a great effect on the type of vegetation, as it is the frequency of the rain that is more important than the total quantity.

In terms of temperature, it is again the south that enjoys the warmest weather. While the north coast is cooler than the south, the coolest areas are the inland areas which are away from the warm waters of the ocean.

The prevailing winds are from the southwest - the direction of the Gulf Stream which brings temperate conditions, in the form of Low-pressure Depressions, to what would otherwise be a much colder latitude - 20C colder, in fact.

Occasionally there is a "blast from the north", bringing very cold weather from the Arctic, characterised by icy winds, snow and frost.

When Ireland receives wind from the east - not particularly common - there is hot, dry weather (summer) or cold, dry weather (winter). This east wind has its origins over central Russia where there is little moisture.