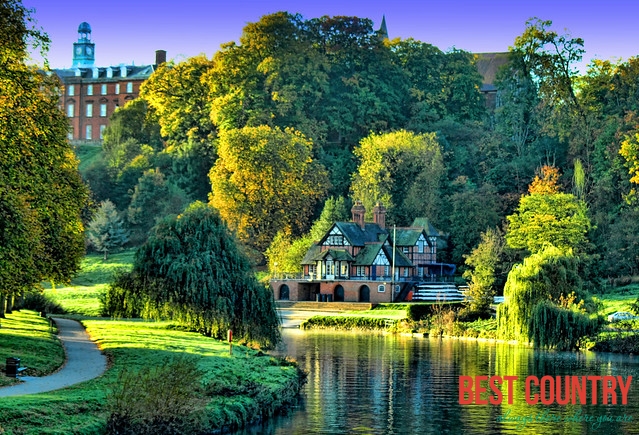 The longest river in the UK is the River Severn (220 mi, 354 km) which flows through both Wales and England.

The longest rivers in the UK by country are:

The largest lakes in the UK by country are:

As a result of its industrial history, the United Kingdom has an extensive system of canals, mostly built in the early years of the Industrial Revolution, before the rise of competition from the railways.

The United Kingdom also has numerous dams and reservoirs to store water for drinking and industry. The generation of hydroelectric power is rather limited, supplying less than 2% of British electricity mainly from the Scottish Highlands.