A tradition is a specific practice of long standing in which unwritten customs and practices are passed from one generation to the next. Traditions and customs form part of a country's culture and heritage. The following information provides some fast, interesting facts about customs and Christmas traditions in Great Britain: 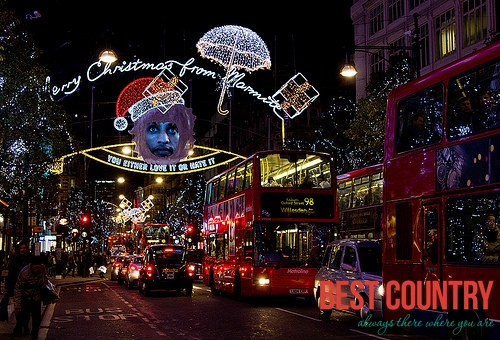 Christmas Traditions in Great Britain, Wales and Northern Ireland often vary from those in Scotland whose strong Protestant religious roots led to greater celebrations in the New Year

Xmas Trees and other traditional decorations and ornaments decorate British homes. These usually start to go up on December 1st. They are all taken down by Twelfth Night, 6th January, as it is deemed to be bad luck to show decorations after this date

What do people eat in other countries at this special time of the year?

Festive feasts and recipes are traditional for special occasions including family dinners and meals. Interesting facts about the special food eaten as part of the customs and Christmas traditions in Great Britain:

-Traditions - A typical Christmas dinner in Great Britain would be a roast dinner (usually roast turkey or chicken) with a great variety of vegetables including Brussels sprouts, carrots, cauliflower cheese, parsnips and roast potatoes with stuffing and other trimmings such as small sausages wrapped in bacon

-Traditions - Festive Xmas crackers are used to decorate the table