Great Britain is a popular tourist destination. It has a fantastic range of attractions for the visitor to enjoy. If your time is limited then you have to be selective about what to see. Here is a list of my top ten favourite places to visit. You would not to try to see them all on one trip but over several visits you will be amply rewarded if you can take in all of these destinations. 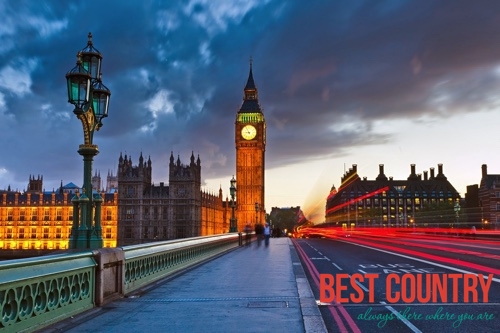 1. London. One of the world's most visited and most loved cities, London is a treasure trove for the tourist. You could easily spend your entire vacation here.

Top sights include the Tower of London, the British Museum, Buckingham Palace, the West End Theatres, St Paul's Cathedral, the Houses of Parliament and Big Ben, the Victoria and Albert Museum, the Tate Gallery, Hampton Court and Westminster Abbey. The city contains a dazzling array of cultures, pomp, history and art.

2. Edinburgh. The capital of Scotland is one of Europe's most elegant cities. Don't miss Edinburgh Castle, Holyrood Palace and the Royal Mile. Enjoy the magnificent stone architecture and the artistic extravangaza of the Edinburgh Festival.

3. Oxford. A short train ride from London brings you to the wonderful city of Oxford. Its University consists of 36 ancient and independent colleges each with fascinating history and architecture. Take a walking tour and the let the guide entertain and inform you.

The Ashmolean museum is well worth a visit. Not too far from Oxford are the splendid Blenheim Palace at Woodstock and the charming cotswold towns including Broadway and Moreton in the Marsh.

4. Bath. Originally developed by the Romans who valued its spa waters, Bath is Britain's best preserved and loveliest Georgian city. Its 18th century terraces, crescents, squares and stately homes take you back to the time of Jane Austin. Don't forget your swimming costume so that you can enjoy the thermal baths.

5. Cambridge. Cambridge is smaller and more beautiful than its rival Oxford. Many of the colleges sweep down to the river Cam. Its treasure is King's College Chapel, a magnificent example of perpendicular architecture, dating from the 15th century. As you walk the tiny streets of this city you tread in the footsteps of Newton, Darwin, Milton, Cromwell and Stephen Hawking.

6. York. An ancient city occupied by the Romans and the Vikings, York has many fascinating mediaeval streets. They lead to its magnificent cathedral, York Minster. Begun in 1220, it is the largest Gothic cathedral in Northern Europe.

7. Stonehenge. In the centre of Salisbury Plain is a large, mysterious and magical monument erected some 4000 years ago - Stonehenge.

No one is sure of of its original purpose. Some of the stones weigh over 50 tons and may have needed 1000 men to drag them to this place. Take a car and you can combine a visit to Stonehenge with a tour of Salisbury or Winchester - both wondrous small cities with magnificent cathedrals.

8. Windsor. Standing close to London is Windsor - its ancient castle is one of the Queen's residences and is the largest occupied castle in the world with over 1000 rooms.

It contains the 16th century chapel of St George which is the resting place of many British monarchs. A short walk across the bridge over the Thames takes you to Eton - the home of Britain's most prestigious school.

9. Stratford-upon-Avon. The birthplace of William Shakespeare is a beautiful town with many old half-timbered buildings. If time allows you can go to the theatre to enjoy a performance by the Royal Shakespeare Company.

10. Canterbury. The mother church of the Anglican community is found at Canterbury Cathedral. It is famous as the place where Archbishop Thomas Beckett was murdered in 1170. Canterbury then became a place of pilgrimage. The cathedral contains wonderful stain glass windows.

How could I leave out Chester, Durham, Wells, St Ives, Liverpool, St David's, Glasgow, the Scottish Highlands or the English Lake District?

They are among the legion of other attractions that Great Britain has to offer. Let me end by dispelling two old myths - London very rarely if ever gets fog and you can eat well in many fine pubs and restaurants.