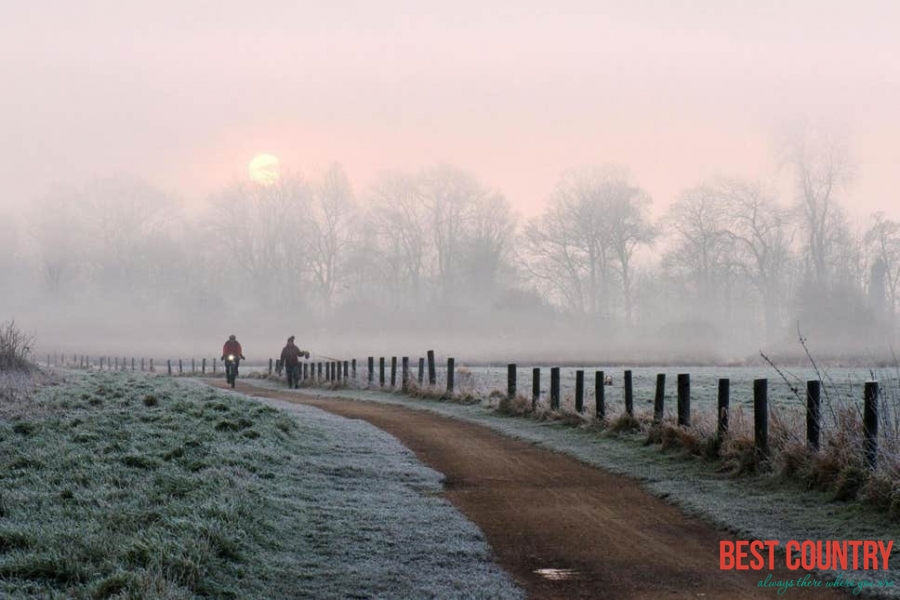 The climate is temperate, with warm wet summers and cool wet winters. Weather varies from day to day and throughout the country as a whole. The west coast and mountainous areas receive the most rain; the east coast, particularly in the north, is colder and windier.

The southeast is sunnier than the north with less rain and a climate approaching the continental. The southwest has the mildest climate overall. Occasional cold snaps with heavy snow can cause problems with transport and infrastructure.

England has much to occupy whatever the season, but the best chance of some sunny days is between May and September. Popular summer holidaying spots such as Devon and Cornwall become particularly crowded during the end of July and throughout August when schools are closed.