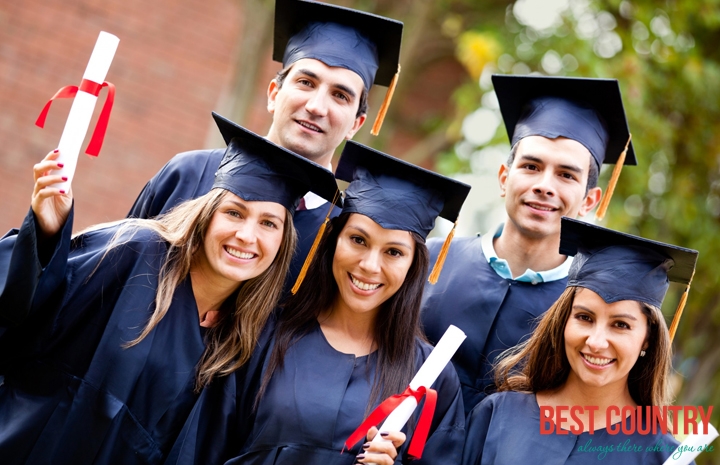 Education in Great Britain is compulsory and free for all children between the ages of 5 and 16. At the age of 16 about 2/3 of pupils leave school and get jobs. About 1/3 stay at school until the age of 18. There are about 30,000 state schools with 2,000 private fee-paying schools.

Children attend a primary school for 6 years, from 5 to 11. Primary school may be housed in a single building with two departments: Infant and Junior or in separate schools, Infants (5 to 7) and Junior (7 to 11).

A comprehensive school offers 5-year courses to pupils of all levels of ability. Promotion to a higher class every year does not depend upon examination results, it is almost automatic. Pupils never repeat the year.

One of the most important changes in education brought the Education Reform Act in 1988. It was the introduction of a National Curriculum for children aged 5 to 16 in all state schools. It consists of 10 subjects which all children must study at school.

Religious Education is required for pupils as part of the basic curriculum, although parents have a right to withdraw their children from religious classes. Pupils progress in subjects is measured by written and practical tests.

EXAMNATIONS GCSEs and A-levels (Advanced level examinations). GCSEs stands for the General Certificate of Secondary Education. Pupils sit for the GCSEs exams at the end of 5-year course. They usually take as many subjects as possible. Weak students may only sit for three or four subjects.

Most secondary schools have 6th-form departments providing one- or two-year courses. Some pupils, however go to a special 6th-form college, where the atmosphere is less like at school and where they are treated as adults.

At the 6th-form stage students are highly specialised in three or four subjects which will prepare students either for entry to University, Polytechnic or College of Further education, or for direct entry into employment in industry or commerce.

There are about 90 universities, including the Open University, Oxford, and Cambridge, that were established in the 13th Century. The 15 city technology colleges in England teach the national curriculum but with an emphasis on science, technology, and mathematics.