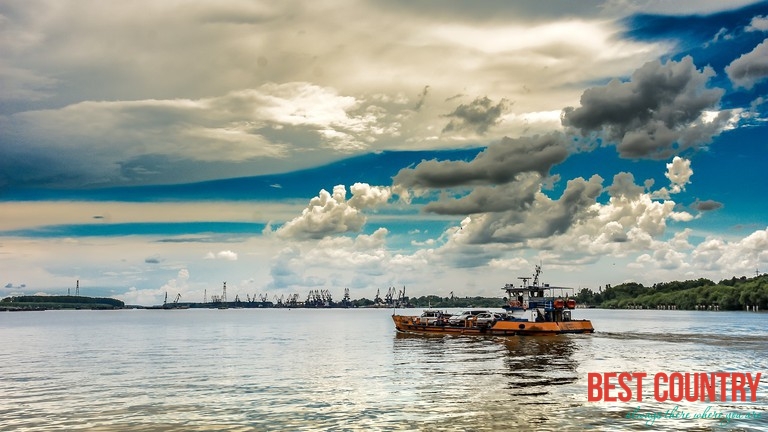 Bulgaria has a dense network of about 540 rivers, but with the notable exception of the Danube, most have short lengths and low water-levels.

The Balkan Mountains divide Bulgaria into two nearly equal drainage systems. The larger system drains northward to the Black Sea, mainly by way of the Danube River. This system includes the entire Danubian Plateau and a stretch of land running forty-eight to eighty kilometers inland from the coastline. The second system drains the Thracian Plain and most of the higher lands of the south and southwest to the Aegean Sea. Although only the Danube is navigable, many of the other rivers and streams in Bulgaria have a high potential for the production of hydroelectric power and are sources of irrigation water.

Of the Danube's Bulgarian tributaries, all but the Iskar River rise in the Balkan Mountains. The Iskur flows northward to the Danube from its origin in the Rila Mountains, passing through Sofia's eastern suburbs and through a Balkan Mountain valley.

The Danube gets slightly more than 4 % of its total volume from its Bulgarian tributaries. As it flows along the northern border, the Danube averages 1.6 to 2.4 kilometers in width. The river's highest water levels usually occur during June floods; it is frozen over an average of forty days per year.

Several major rivers flow directly to the Aegean Sea. Most of these streams fall swiftly from the mountains and have cut deep, scenic gorges. Maritsa with its tributaries is by far the largest draining all of the western Thracian Plain, all of the Sredna Gora, the southern slopes of the Balkan Mountains, and the northern slopes of the eastern Rhodopes. After it leaves Bulgaria, the Maritsa forms most of the Greek-Turkish border. Struma and the Mesta (which separate the Pirin Mountains from the main Rhodopes ranges) are the next largest Bulgarian rivers flowing to the Aegean. Struma and Mesta reach the sea through Greece.

The Rila and Pirin mountain ranges feature around 260 glacial lakes; the country also has several large lakes on the Black Sea coast and more than 2,200 dam lakes. Many mineral springs exist, located mainly in the south-western and central parts of the country along the faults between the mountains.