Sofia is the capital of Bulgaria 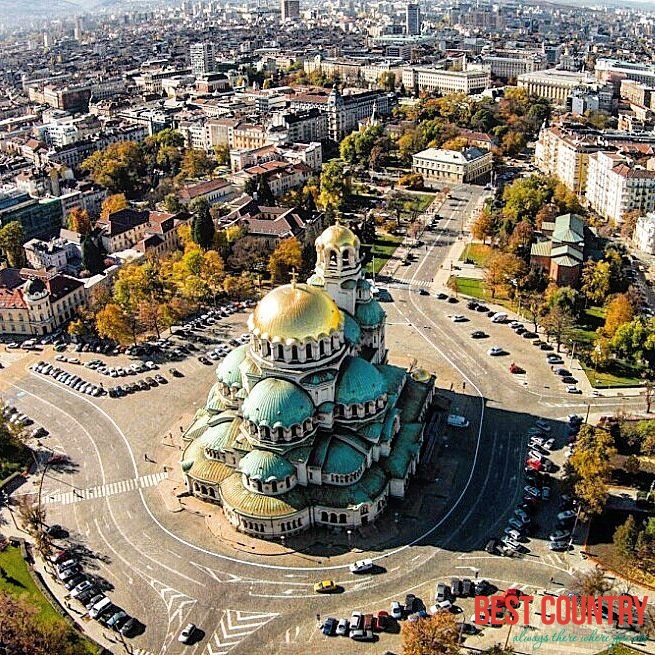 Sofia is the capital and largest city of Bulgaria and the 12th largest city in the European Union with a population of 1.27 million people. It is located in western Bulgaria, at the foot of Mount Vitosha and is ranked as a Beta- world city.

Sofia is one of the oldest cities in Europe with ruins spread across the city center.

St. Alexander Nevsky Cathedral. One of the largest orthodox churches worldwide.
Boyana Church
Church of St. George
Hagia Sophia Church. It was built in the 6th century over an even older church. It is a witness of the whole Bulgarian history and is a valued cultural monument. In the 14th century it gave its name to the city of Sofia. It was destroyed several times and during the Ottoman rule it was used as a mosque.
Catholic cathedral
St. Nicholas Orthodox Church

Amphitheatre of Serdica
Battenberg Mausoleum. The mausoleum and final resting place of Prince Alexander I of Bulgaria (1857–1893), the first Head of State of modern Bulgaria.
Monument to Vasil Levski. It commemorates the hanging of Bulgarian national hero and major revolutionary figure Vasil Levski in the city on 18 February 1873.
Monument to the Tsar Liberator. Representing the power of freedom and across from it are the National Assembly and the Bulgarian Academy of Sciences.
Monument to the Unknown Soldier.
Knyaz Battenberg's Palace
Sofia Public Mineral Baths. It is an old building of interest, although it is in process of renovation at the moment.

Borisova gradina. It`s the "lungs" of the city, with the Ariana Lake
City Garden. It`s the oldest and most central public garden, in existence since 1872.
Largo.
Orlov Most. It`s a bridge over the Perlovska River in the centre of Sofia
Prince Alexander of Battenberg Square.
Slaveykov Square. It`s an open-air book market.
Patriarch Evtimiy Square.
Sofia Zoo
South Park. A nice park in the south-east part of the city, although a bit to crowded on weekends.