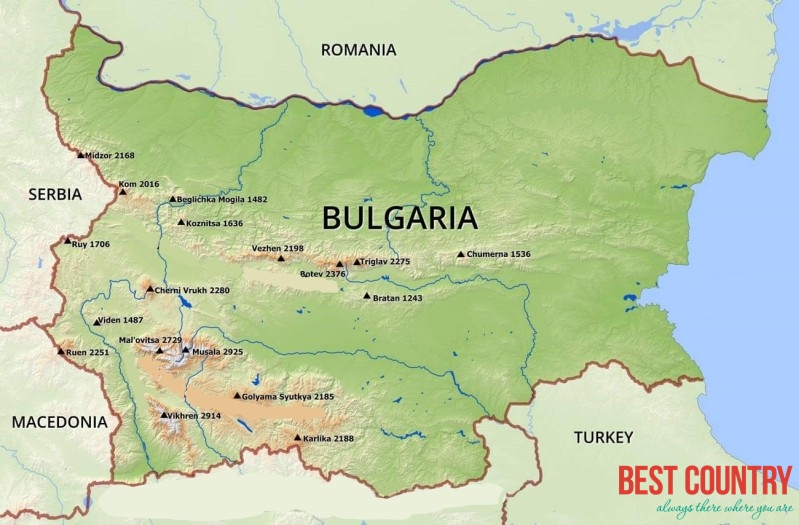 Bulgaria is a country situated in south-eastern Europe, bordering Romania, Serbia, the Republic of Macedonia, Greece, Turkey and the Black Sea.

Its northern border with Romania follows the Danube river until Silistra. The land area of Bulgaria is 110,550 square kilometers, slightly larger than that of Iceland or the U.S. state of Tennessee. The country is situated on the west coast of the Black Sea, with Romania to the north, Greece and Turkey to the south, and Serbia and Macedonia to the west. Considering its small size, Bulgaria has a great variety of topographical features. Even within small parts of the country, the land may be divided into plains, plateaus, hills, mountains, basins, gorges, and deep river valleys. The geographic center of Bulgaria is located in Uzana.

Bulgaria features notable diversity with the landscape ranging from the Alpine snow-capped peaks in Rila, Pirin and the Balkan Mountains to the mild and sunny Black Sea coast; from the typically continental Danubian Plain (ancient Moesia) in the north to the strong Mediterranean climatic influence in the valleys of Macedonia and in the lowlands in the southernmost parts of Thrace.