Bulgarians celebrate Christmas on December 25, though this is somewhat unexpected because Bulgaria is an Orthodox country. The traditional Eastern Orthodox celebration of Christmas lands on January 7. 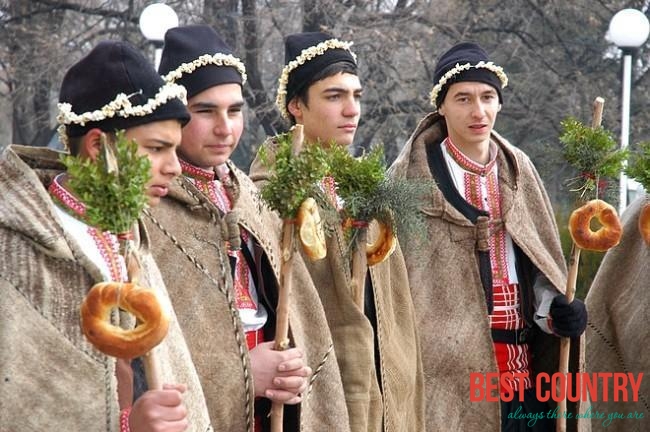 Bulgaria's Orthodox Church follows the Gregorian calendar, which means its religious observances are in keeping with those in the West.

If you're in Bulgaria during the winter season, you will see cities like Sofia bedecked in Christmas lights.

The Sofia Christmas Market is the ideal place for travelers to go during the month of December to experience Bulgarian Christmas cheer.

Bulgaria's Christmas Eve is celebrated with a meal consisting of an odd number of dishes which follows the forty-day Advent fast.

This vegetarian meal includes grains, vegetables, fruits, and nuts. Walnuts, in particular, are found on the Bulgarian Christmas Eve table.

These nuts are cracked in order to predict success or failure for the coming year. Another special aspect of the the Bulgarian Christmas Eve meal is the round loaf of bread, into which a coin is baked. The person who finds the coin will be rewarded with good fortune.

The Christmas Eve dinner table may not be cleared until the next morning to provide sustenance for the ghosts of ancestors who may come back to visit before Christmas morning.

One belief that is central to Bulgarian culture is the legend that the Virgin Mary bore Christ on Christmas Eve, but only announced his birth the day after, on Christmas Day. Legend also says that Mary was in labor from December 20th until the birth of Christ.

December 20th is the Day of St. Ignat, or Ignazhden

The vegetarian fast having ended, everyone enjoys an enormous dinner on Christmas Day, with a main dish of some type of meat (often pork).

Koledari, or Christmas carolers, go from house to house through villages. These groups of carolers are typically made up of young men dressed in traditional costumes which vary from region to region.

Some preparation goes into the koledari's performances, which begin at midnight on Christmas Eve. This tradition is said to protect against evil spirits. The koledari are rewarded with food in return for their services.