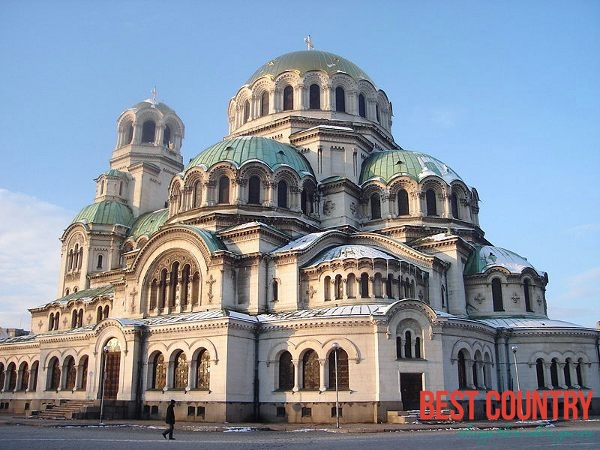 Religion in Bulgaria - whether you are exploring Bulgarian Religious history or other spiritual traditions, you will find the information here inspirational.

Although there is certain religious diversity, the Bulgarian Orthodox Church, founded in 870 and auto cephalous since 927, is the mayoritarian religion with approximately 83% of population in Bulgaria, for most Bulgarians are associated to it.

Many Bulgarians rose during the years of totalitarian communist regime; hence they are not religious at all, but still belong to the Bulgarian Orthodox Church, at least in a nominal way.

In spite of that fact, and above the individual beliefs of its members, this religion is considered an inherent part of Bulgarian national consciousness, and the institution's independence survived its subordination to the Greek Orthodox Church during Byzantine and Ottoman times, and has been present and dominant in most manifestations of art and other expressions of Bulgarian culture.

The organization of the Christian Church in Bulgaria took considerable damage from the barbaric raids in the IV and the V centuries, and the subsequent settlement of Slavs and Bulgars in the two following centuries.

However, those events did not destroy Christianity, making its way to survive and, by the middle of the IX century, most Bulgarian Slavs, especially the ones in Thrace and Macedonia, had been already Christianized, along with some members of Bulgar nobility.

But the adoption of Christianity by Tsar Boris I in 865 was necessary as an essential condition for the establishment of the independent Bulgarian church.

The institution would then go through to the obscure Ottoman rule period, really hard for the Bulgarian Orthodox Church and in the history of the Bulgarian people as well. In those times, the great majority of the Bulgarian churches and monasteries were torn down or turned into mosques, and most of the clergy perished.

In 927 A.D., recognition was obtained the by Patriarchate of Constantinople making it the oldest Slavic Orthodox Church in the world and was added to the Pentarchy of the original Patriarchates.

Divided into thirteen dioceses in the Republic of Bulgaria, the Bulgarian Orthodox Church is organized as a Patriarchate. It is a self-governing body, which has jurisdiction over two dioceses in Western and Central Europe, America (USA and Canada), and Australia.

The dioceses are divided into 58 church counties, which are subdivided into some 2,600 parishes.

The Holy Synod exercises administrative, clerical, and judicial power, and church life is guided by some 1,500 parish priests. The numerous monasteries in the country belong to the Bulgarian Orthodox Church, and house about 200 monks and a similar quantity of nuns.

At the end of the XIV century, Islam came to Bulgaria after the Ottoman conquest, and it gained ground step by step over the XV and XVI centuries due to the influx of Turkish colonists and Bulgarian conversions.

By 1878, at the time of Liberation, at least 40% of the population was Muslim, but this figure suffered a great reduction due to massive emigration. At present, there is a 12.5 per cent of Muslims out of the total population.

The Catholic Church of Rome made some attempts to recover Bulgaria into its files, and commanded a missionary movement during the XVI and XVII centuries, and achieved the goal of converting the Bulgarian Paulicians in Plovdiv and Svishtov to Roman Catholicism. There are some 44,000 descendants of those people still in the country.

Below is a list of the thirteen Dioceses in Bulgaria:

The majority of the Muslim population in Bulgaria lives in the Northeastern areas of the country and in the Rhodope Mountains. According to their ethnic group they were divided into the following groups, by the census in 2001:

Most Bulgarian Muslims converted to Islam to avoid Ottoman persecution; hence they chose a Shi sect because of its greater tolerance toward different national and religious customs such as confession, communion, and honoring saints.

This fact would eventually lead to a syncretism between Muslim and Christian customs that are found only in Bulgaria.

From 1857, some missionaries from the United States introduced Protestantism in Bulgaria. Their work continued until the first part of the XX century, when there were about 42,000 Protestants in the country. The number of members had fallen during the totalitarian regime, but according to the census conducted in that year, they reached back that same amount in 2001.

Congregationalists predominate in the Southern area of Bulgaria and Methodists in the North. In 1875 the Protestant denominations united in the Bulgarian Evangelical Philanthropic Society, which later became the Union of Evangelical Churches in Bulgaria and in 1871 the first complete Bible was translated into Bulgarian language.

Apart from setting up churches their activities included distributing copies of their own religious publications and the Bible and establishing clinics, schools and youth clubs.

In 1949, thirty-one Protestant clergymen were charged for running a spy ring in Bulgaria whilst working for American intelligence. Following this the churchesâ?™ legal status was revoked and all church property was confiscated.

Although most Protestant denominations maintained the right to worship guaranteed by the constitution of 1947, they enjoyed greater freedom after the fall of the Zhivkov regime in 1989. Since then, there has been a marked rise in the number of Protestants, due to the work of American missionaries who got a number of conversions.