Water source of Bosnia and Herzegovina 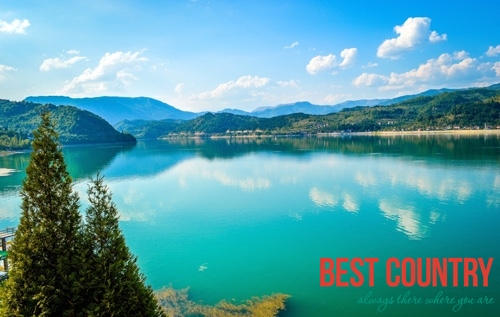 Most of the watercourses in Bosnia and Herzegovina are international waterways – the Sava forms the country’s border in the north, the Una contributes to the western border, and the eastern border largely consists of the Drin.

The federation consists of ten cantons, each of which is a governmental entity with a high degree of autonomy. Bosnia and Herzegovina is at the moment a country in transition, is politically and administratively decentralized, and faces complex economic and social constraints.

In addition, it is confronted by very specific environmental problems caused by the war that are not present in the other transition countries. Water supply, distribution and sewerage management in Bosnia and Herzegovina is the responsibility of more than 100 water utilities that are usually organized as public companies owned by municipalities or cantons.

Waters in BIH hydrographically belong to the Black Sea Basin (3,9 million ha or 75,7% of total BIH surface area) and to the Adriatic Sea Basin (1,2 million ha or 24,3%) although the precise lines of separation between these two basins have not yet been determined in certain areas because of the hydrological complex nature of the karst.

The Sava river is a recipient of water streams from northern part of BIH, which belong to the Black Sea Basin, while the Neretva river is the only direct tributary of the Adriatic Basin.

The river basins of the Black and Adriatic seas supply Bosnia and Herzegovina with most of its fresh water. The country receives some 1000mm of precipitation annually.

There are about 30 water reservoirs in Bosnia and Herzegovina primarily on the Neretva and Trebisnjica basin, and the Drin. Most are designed for hydropower and all are important for flood control, drinking water and irrigation. Ninety percent of drinking water comes from groundwater resources.

Raw wastewater generated by 90 percent of the population is discharged directly into the nearest water bodies.

Uncontrolled deforestation and erosion of soil and mountain streams have resulted in eutrophication of surface waters as well as the creation of alluvia and sludge that increase the risk of flooding and water pollution. There is no information on non-point source pollution.

Today, none of Bosnia and Herzegovina’s settlements with over 10,000 ES has a treatment facility for wastewaters, which means that all settlements over this size are also significant sources of pollution.

All watercourses should reach ‘Good Ecological Status’ by 2015 with the exception of the four water bodies on the Bosna River. All bodies under pressure were classified as ‘Exposed to risk in the first approximation’.

The insufficiency of such an approach was due to the inadequate connection between the pressures and impacts, in terms of quantity of water, sum loads of several less significant pressures in the water body which exceed the threshold of a significant pressure, and upstream pressures (according to data from before 1990).

Of 22 groundwater bodies, 6 are considered to be ‘at risk’ due to human intervention, 4 are at risk of both quantity (due to over extraction) and quality, while the rest are threatened with quality risk only. Four groundwater bodies have insufficient data to estimate status.