Many of the sights and attractions in Bosnia-Herzegovina are connected with the country’s recent and distant past. The famous bridge in Mostar and the fortress on Zec Mountain are examples of this. Other attractions include outdoor sports, noticeably skiing near Sarajevo, which hosted the Winter Olympics in 1984. 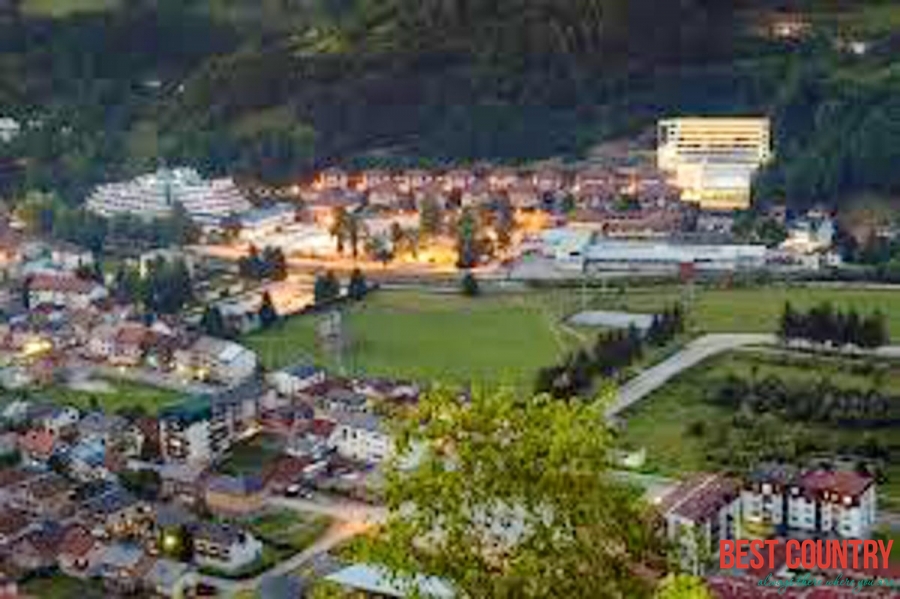 The Illyrians are believed to have had major settlements here and at the time of the Roman invasion, the town quickly gained importance due to its rich gold deposits.

Kozograd, a fortress located on the slopes of Zec Mountain is thought to have been built in the early 15th century when miners from Dubrovnik came here to hide with their treasures from the invading forces.

It is also thought that this fort was the last residence of Queen Katarina before she fled to Dubrovnik and further on to Rome, never to return to the conquered kingdom she left behind.

The Franciscan monastery in Kresevo has ensured that the Catholic traditions here have remained very strong. The monastery has a pastoral museum, library and gallery and the monks are very friendly to visitors.

Kresevo is well-known for its traditional Bosnian architecture with clay walls and cherry-tree roof tiles. Some prime examples of this type of old building can be seen in the village of Vranici, only a few kilometres away from Kresevo.

An icon of the war, the Stari most, or Old Bridge, collapsed from bombardment in 1993.

After its destruction, the Mostar inhabitants felt as if their heart had been ripped out. For many years after it plunged to the bottom of the Neretva River, even mentioning its name could make people cry as it symbolised both the city and the country as a whole.

Now, over a decade later, the beautiful stone bridge that had straddled the Neretva River for more than four centuries once again spans across its raging waters.

The bridge is Mostar's heart and its reconstruction is a sign that life is slowly but surely getting back to normal in what must be Bosnia and Herzegovina’s most beautiful city.

Sarajevo is a city welcoming everyone and making them feel instantly at home. Neither a very large city, nor home to huge buildings, the city has kept its captivating charm with its wealth of busy cafés and enduring tradition of hospitality.

The city's amazing backdrop of endless hills and towering mountains has, in a way, isolated the city over the ages. But despite its seclusion, Sarajevo has always welcomed visitors from the rest of the world. Although characterised by the hustle and bustle of everyday life, Sarajevo also has a unique atmosphere.

A walk through Sarajevo is a walk through its past where visitors can admire the old buildings such as the oriental Ottoman quarters, bustling with sweet shops, cafés and handicraft workshops, to the administrative and cultural centre dating back to Austro-Hungarian times.

The towns of Foca and Gorazde, located on the Drina River, are both the cultural and tourist hubs of the region. In Foca, attractions include the Sutjeska National Park (home to the country’s highest mountain, Mount Maglic) and the pristine Tara River.

This is one of south-eastern Europe’s prime nature spots. Gorazde is the region’s largest city and its geographic centre.

From here, visitors can easily reach Foca to the southwest, or Visegrad and Rudo to the east and southeast. Even though the region is not yet completely developed for tourism, the huge, unexploited potential makes it a perfect place for the independent or adventure traveller.

Top Things to Do

There are no restrictions on fishing on the coast. For rivers and lakes you need a special permit, which you can get from hotels and regional authorities. Regulations vary in individual regions.

Near the small town of Ravno and the medieval orthodox monastery of Zavala is the most extensive cave system discovered in Bosnia and Herzegovina, the Vjetrenica Caves.

The caves have more than 6kms of channels with the spectacular main channel being over 2kms in length.

The many archaeological discoveries include primeval cave bears and leopards as well as cave drawings which are estimated to be more than 10,000 years old.

Several small lakes and endemic species of shellfish only found in deep underground aquifer systems can also be seen here.

Take a dip in the special water for men

You can find this spa in a remote spot about halfway between Tuzla and Sarajevo. It is located up a long, twisting mountain road which climbs up Mount Maglic. The water is said to have ‘special powers for men’.

The Trebizat River cuts through the dry landscape of western Herzegovina, creating a lush, green belt.

This amazing waterfall stretches over 100 metres and plunges 25 metres down. Kravica is a perfect spot for a picnic or a cold dip and must rank among one of the most picturesque nature spots in Herzegovina.