Bosnia and Herzegovina - Cooking and Food

Although Bosnia and Herzegovina reunites three major ethnical groups the preparation methods of cooking and the cuisines are mostly the same. Being a Balkan country, Bosnian cuisine are mainly dishes made out of meat particularly Beef, and Lamb. Still, traditional so-called vegetarian dishes like beans or Grah are cooked.

Bosnians do NOT eat Pork or pig because they are Muslims. Fast food, except cevapi and pita/burek are stew (corbah), soup (soupa) etc.

Bread is consumed with all savory foods. Anywhere you go in Bosnia and Herzegovina you will not find spicy food - for spicing their food they use Vegeta which is a mixture of dry vegetables and in a very small quantity chilly. 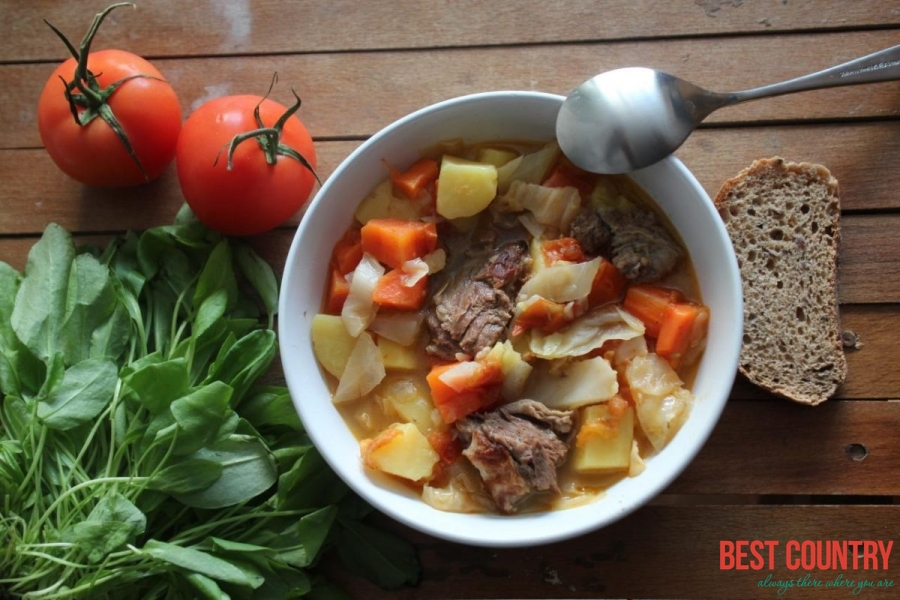 The most popular food in Sarajevo are Cevapi, the omnipresent Balkan kebab, and numerous variations of pita/burek, a pastry made of file dough and stuffed with meat (Burek), cheese (Sirnica), spinach (Zeljanica) or apple (Jabukovasa).

On special occaions Bosnians eat a lamb on a spit (janjetinu) or like a pie (pita/burek) or a meat like a patty (cevap) for dinner nut for desert, Bosnians eat Baklava and other delicious sweets and cakes like doughnuts mainly with jam (krofne)

Because in the Bosnian cuisine all the meals have to contain meat, there are plenty of preparation modes for it but the most common is smoked meat.

Smoked meats like smoked neck, smoked ribs is practically the basic mode of consuming meat in Bosnia and Herzegovina. Bosnians have a special way of preparing smoked meat.

The meat is kept in salt for a few days in order to dehydrate it and to conserve it from spoiling. After removing it from the salt, the meat is rubbed with spices and then it’s hanged over a wood fire.

The special taste of the smoked meat is given by the wood fire which is made out of fruit trees like apple or cherry trees.

The meat is kept in a small room, usually made out of wood, outside the house because the meat is usually smoked in the winter because low temperatures and the salt permit the meat to resist a long time without spoiling.

In this time, the Bosnians smoke the meat for about four times a week for eight to ten hours a time. The smoked meat has a dark color while the commercial meat is red and fresh and it is more delicious than fresh meat.

Bosnians usually eat smoked meat for lunch. Bosnians enjoy eating a lot of stew-type meals like boiled beans prepared with smoked meat. One of the most common smoke meats is Suho Meso, or Dried beef.

Bosnians use the coffee grinder for roasting and grinding spices. For cooking “Lamb on the spit” it is necessary to have a wooden steak and it has to be rotated over firewood for a couple of hours.

Because of the religion variety (Muslim, orthodox, catholic) the traditions and festivals differ from a religious group to another, but it is extremely common to celebrate each other’s holidays.

Religious occasions attract large crowds. During the most important holidays like Christmas, catholic Croats and orthodox Serbs prepare the Pogaca which is a very soft butter bread and Hljeb another special type of bread. Also in some special occasions, Bosnians cook the famous Janjetina or the “Lamb on the spit”. 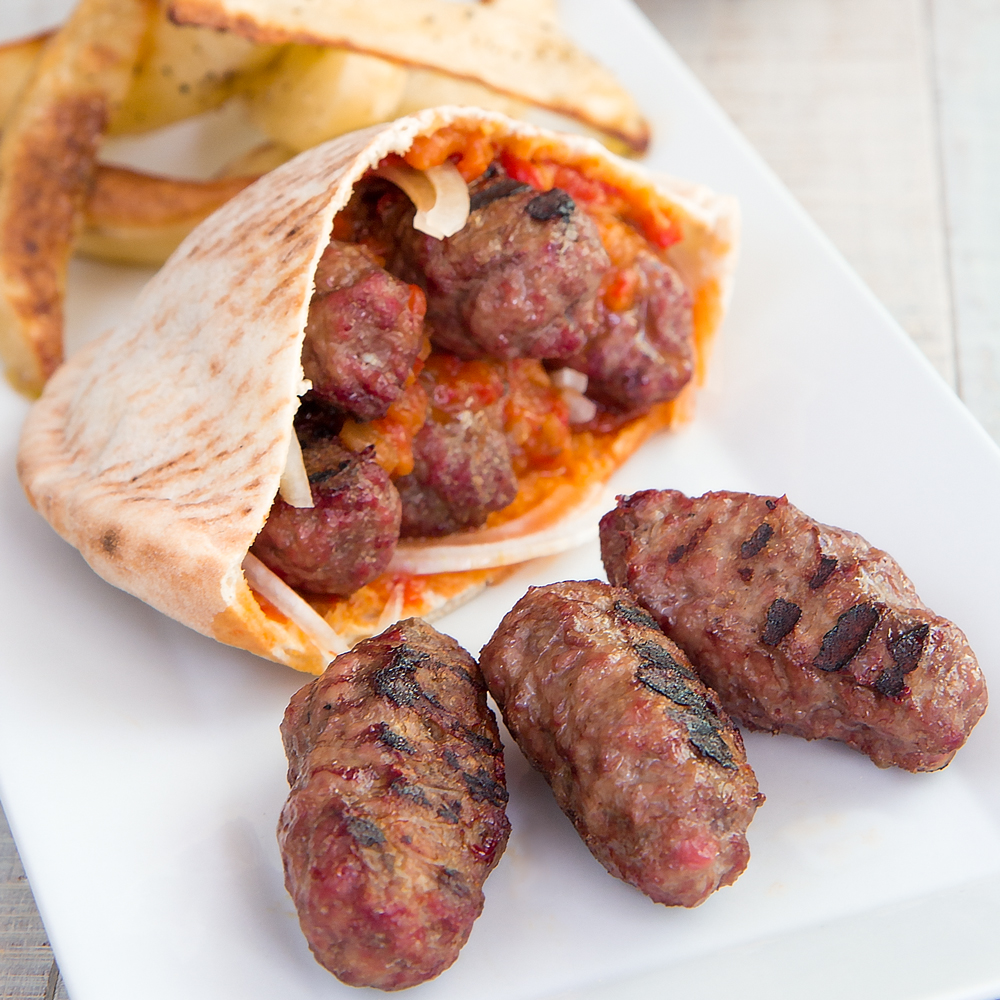 One of the most popular dish is cevapi which is cooked for special occasions like weddings, baptize and other important ceremonies. During the winter festivals the most common plate is sarma which is made out of sour cabbage topped with Beef and rice

We visited a festival in Grand Rapids, Michigan and came across a food stand that served meat/onion filling rolled into phyllo dough then fried and topped with sour cream. Unbelievably delicious. II bought several Bosnian cookbooks but can't quite figure out what these were called.

I found one recipe under the dessert section that was similar. Can anyone help with this? They were certainly worth investigating.It is called burek . They are delicious.

There are also savory versions of Burek. They are commonly filled with potatoes, ground lamb/beef or spinach and feta. It can be eaten dry, or topped with a gravy or kajmak (pronounced kay-mack), which is like a cross between cottage and feta cheese. I've never seen it in the States so sour cream was probably subsituted. Burek is also popluar in Croatia, Serbia and the rest of the Balkans.

Are you into Bosnian Cooking and would like to be interviewed?

In the Bosnian tradition, mostly everything related to cooking, baking or preparing the food is done by women. The women have the chore of organizing the meals of the day according to their husband’s preferences and with the economic possibilities of the family.

Not only women cook, for example the janjetina (Lamb on the spit) is a dish generally prepared by men. Bosnian people are known for being hospitable, they serve their guests with coffee and meza, a large platter of arranged smoked meat, cheese and ajvar, boiled eggs and a variety of vegetables like tomatoes, cucumber and, of course, bread.

In the old town of Sarajevo there are a lot of restaurants which combine Bosnian meals with Turkish style dishes. On the other hand the Middle Eastern influences give an exotic flavor to the food.

If you eat cevapi in one of the restaurants in Sarajevo you feel the taste of the most famous grill dish recognized in the whole world. Cheese is also one of the tastiest products that the Bosnian cuisine can offer. The Lamb on the spit is specific for the Jablanica town.