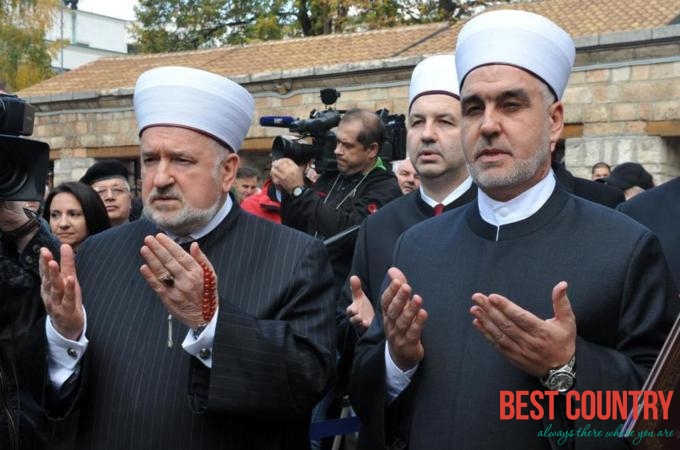 Historically, part of the Turkish Empire from the 15th century, the provinces of Bosnia and Herzegovina passed into the control of the Austro-Hungarian Empire in 1878. Following World War II, they were incorporated into the Yugoslavian federation.

Throughout its history, ethnicity and religion have served as flash points for conflict and changes in government. Ethnic groups tend to be closely linked with distinct religious affiliations.

The Bosniaks are generally Muslim. As such, nearly 46% of the population is Muslim, predominantly, Sunni Muslims.

The Serbs are generally Serbian Orthodox, a faith practiced by about 31% of the population.

The Croats are primarily Roman Catholic, a faith practiced by about 14% of the population. There are small communities of Protestants, Baha'is, Romanis, Jews, and others.