Culture of Bosnia and Herzegovina 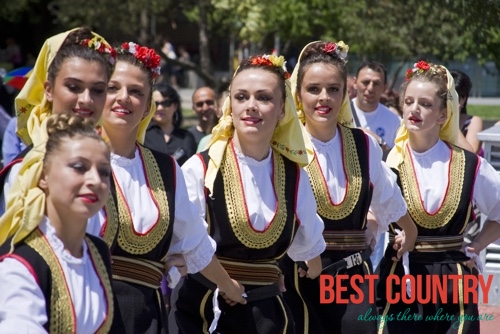 Located on the Balkan Peninsula, Bosnia and Herzegovina boasts centuries of artistic culture adopted from Balkan, Asian and European influences. Despite the country’s small size, Bosnian artists, scientists and musicians have achieved worldwide acclaim, including Vladimir Prelog, who won the 1975 Nobel Prize in Chemistry, and the renown filmmaker Emir Kusturica.

Bosnia and Herzegovina is known for its regional folk costumes and dances, showcased at various folklore festivals. Dances are performed in separate groups of women, men and children, or in other various groups.

Usually dancers hold hands or are linked together by handkerchiefs, small towels or strings of beads, as well as grip each others’ belts or shoulders. Men’s dances are usually more vigorous, while women’s are a bit more graceful.

Dances are accompanied by such traditional instruments as drums, flutes, lyres and violins. Some dances are performed without music, originally intended to express people’s independence from the Turkish regime, which once banned Slavic music.

The art and architecture of Bosnia and Herzegovina were strongly influenced by various religions.

The more than 60,000 stecak, medieval tombstones of the Bosnian Kingdom, are the most complete expression of medieval art in the country, located at some 2,600 sites.

Other medieval art attractions include the religious icons of saints and biblical subjects on wooden panels, as well as early church paintings associated with Orthodox and Catholic churches, mosques and synagogues.

Most of the country’s religious buildings are centuries old. The largest Islamic monument and landmark in the country is the famous Bey’s Mosque in Sarajevo.