What should I see in Albania?

Displaying a great deal of national pride, Albania offers tourists and locals alike a plethora of museums which celebrate the nation’s finest craftsman and artists, while also delving into its storied history. 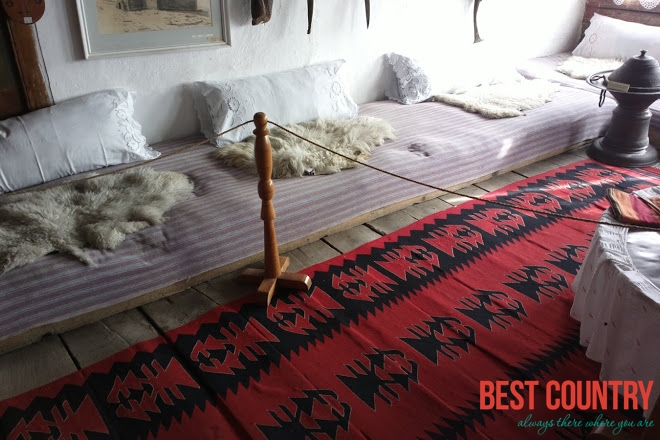 This museum highlights Albanian crafts, including furniture and embroideries, with some items dating back over 500 years. These pieces are made of various materials, like ceramic, silk, wood and stone.

Granted independence in 1912, Albania’s first government kept its offices in this very building. Today the museum plays host to a series of historic documents and relics relating to the fight for independence.

Established in 1954, the National Arts Gallery celebrates work by visual artists, socialist realist painters and sculptors, as well as a series of icons dating back to the 13th century.

The National Education Museum dedicates itself to the study of the Albanian alphabet and language. The museum originally opened in 1887.

This massive complex houses the largest collection of items in Albania, retelling the nation’s history through art and historic objects. The range of artifacts date all the way back to antiquity and all the way up until the 1912 culmination of the National Renaissance.

The National Museum of Medieval Art houses over 7,000 pieces of art from that era, including paintings of icons and textile works.

Positioned inside the Kruje Castle, the Skanderbeg Museum commemorates the life and times of Albania’s revered national hero, Gjergj Kastrioti Skanderbeg, a man who fought against the oppressive Ottoman Empire.

Nightclubs in Tirana stay open until very late. The music is sometimes live, especially at weekends. Outside Tirana, clubs of this sort are less common; in the coastal towns during the summer tourist season, music and dancing is laid on in the big hotels.

The local cinema chain, Millennium, has branches in all the large towns. They usually screen Hollywood films with Albanian subtitles.

Albania has a high standard of classical music. Opera, ballet and concert performances take place throughout the year in Tirana.

The best place in Albania to shop for traditional crafts is Kruja, less than an hour from Tirana. The bazaar there has felt-makers, rug-weavers and antique dealers. Many of the Kruja shops sell small souvenirs such as Albanian flags, copper plates and ashtrays in the shape of bunkers. Apart from Kruja, there are a few souvenir shops in Tirana, an artisans' co-operative in Gjirokastra and a souvenir stall at Butrint.

Generally Mon-Sun 0900-1500 and then again for a couple of hours in the early evening (variable according to the time of year). Not all shops open on Sundays.