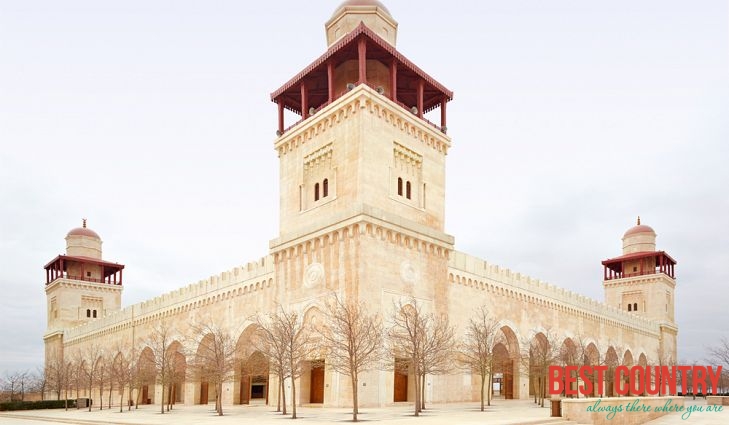 Observers estimated in the late 1970s that the Christian community-- comprising groups of several denominations - constituted roughly 5 to 8 percent of the population.

The principal points of concentration of the East Bank's indigenous Christians were a number of small towns in the "sown," such as Al Karak, Madaba, As Salt, and Ajlun. Christians also lived in Amman and other major cities.

Overwhelmingly Arabic in language and culture, many Christians belonged to churches whose liturgical languages were, until recently, other than Arabic.

With some exceptions, the lower clergy were Arabs, but the higher clergy were rarely so. In the past, Christians were disproportionately represented among the educated and prosperous.

With increased access to education for all of the East Bank's peoples, it is the disproportion was less significant in the 1980s.

As of 1989, religious conflict had not been a problem in Jordan. The influence of Islamic fundamentalism that made itself felt in Jordan in the late 1970s and 1980s had not given rise to religious tensions.

As a minority in a largely Muslim society, however, Christians were affected by Islamic practices. With the stricter observance of Ramadan in the 1980s, hotels and restaurants were prohibited by the government from serving liquor to local Christians or foreigners.

Restaurants that formerly had remained open during the day to serve such persons were closed. The press and television also gave a greater emphasis to religion.

The largest of the Christian sects in the late 1980s, accounting for roughly half of all Jordanian Christians, was that part of the Eastern Orthodox complex of churches that falls under the patriarch of Jerusalem.

With an elaborately organized clerical hierarchy, the patriarchate administered most of the Christian shrines in Jerusalem and the West Bank.

The parent church of Eastern Orthodoxy was the Greek Orthodox Church, and the liturgical language of the church in the patriarchate of Jerusalem included both Greek and Arabic.

The higher clergy, including the patriarch, were predominantly of Greek descent, but the priests were native speakers of Arabic. Because of the typically national organization of orthodox churches, the relatively small numbers of Syrians and Armenians adhering to orthodoxy had their own churches.

The Greek Catholic Church (Melchite, also seen as Melkite; Catholics of the Byzantine rite) in Jordan was headed by the patriarch of Antioch, Jerusalem, and Alexandria, who in turn was subject to the authority of the pope in Rome.

The clergy generally were Arabs, and Arabic was used in most of the liturgy. Most Greek Catholics lived in the West Bank, but one diocese - that of PetraPhiladelphia , the latter an old Greek name for Amman - had its seat in Amman.

The Roman Catholic Church had its own patriarch, who was also subject to papal authority. Several other Catholic groups, each headed by a patriarch who was in turn subordinate to Rome, were represented. These included several hundred Syrian Catholics and Armenian Catholics.

The approximately 11,000 members of various Protestant denominations had been converted primarily from the Orthodox and Catholic churches. Muslims rarely converted to another faith.

In the rural areas, conversions from one Christian group to another usually involved an entire kin-based group of some size. Such conversions often caused stress between the converting group and another group of which it was part or with which it was allied. Individual conversions in such areas were rare. The effect of urbanization on this pattern has not been examined.

Some Protestant groups established schools and hospitals and constructed a few churches. The Christian churches also had their own ecclesiastical courts that decided matters of alimony, divorce, annulment, and inheritance.

Non-Christian religious minorities in the late 1980s included a small community of Druzes who lived in an area near the Syrian border. They were members of a sect that originally had derived from the Ismaili branch of Shia Islam.

Ismailis were Shias who believed that Imam Muhammad ibn Ismail (died ca. A.D. 765), the Seventh Imam, was the last Imam, as opposed to others who recognized Twelve Imams.

The Druzes, primarily located in the mountains of Lebanon and in southwestern Syria, have many secret beliefs and maintain that Hakim, the sixth Fatimid caliph, was divine in nature and is still alive in hiding.

A small settlement of Bahais inhabited the village of Al Adasiyah in the northern Jordan Valley.

The Shishans, a group whose origins lie in the Caucasus Mountains, were Shias. Estimates in the early 1980s placed the number of Shishans at 2,000.