Arabic cuisine delights the gourmet, and feasting is a preoccupation not only of Jordan, but of the Middle East as a whole. 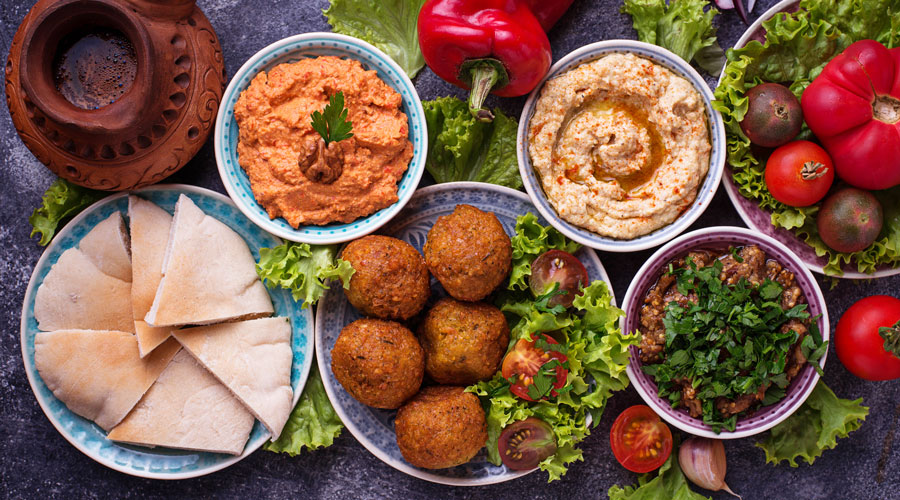 In culinary terms, the Middle East enjoys one of the world's most sophisticated and elaborate cuisines, and are rated among the finest foods in the world.

Dishes will even satisfy the health conscious because many of them are made with grain, cheese, yogurt, fresh and dried fruits and vegetables. With the use of these grains and vegetables, meat goes a long way and even the simplest ingredients can produce a surprisingly attractive creation.

Jordan's cuisine, although unique, is part of this distinctive culinary heritage, which have been savored for well over a thousand years. Below are two Jordanian delicacies: 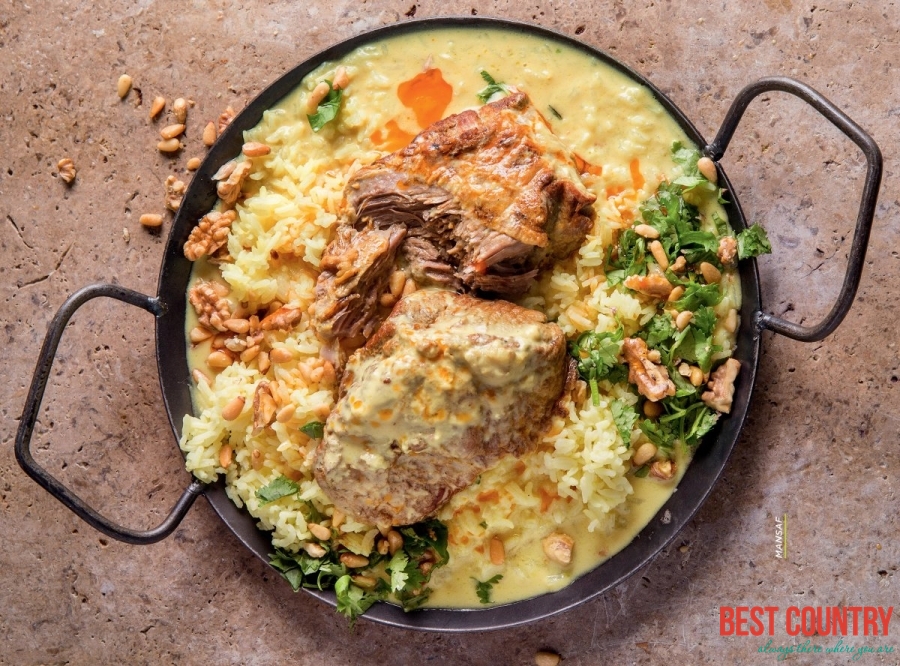 The national dish of Jordan is Mansaf: lamb seasoned with aromatic herbs, sometimes lightly spiced, cooked in yoghurt, and served with huge quantities of rice. Feasting on Mansaf is taken seriously, and hours are spent in its preparations.

Mansaf is cooked in jameed (the Arabic word for dried yoghurt), which is then mixed with water in a tray to produce a creamy sauce. This is poured into a large stewing pot with chunks of lamb meat.

The pot is put over an open fire. As the stew begins to warm, it is stirred to prevent the yoghurt from separating.

Large trays are covered with the doughy flat Arabic bread and dampened with yoghurt. On top of this, a layer of rice is heaped. The meat is then piled on top. Almonds, pine-kernels and other nuts may be sprinkled over the dish, which is then ready for serving.

Stuffed Baby Lamb is a popular dish in Jordan, which people enjoy as a big and heavy meal. It consists of roasted lamb, stuffed with rice, chopped onions, nuts and raisins.

The first and most important thing to do before buying the lamb is to have the butcher clean it and remove the entrails. The lamb should be rinsed very well inside and out and wiped until dry with clean cloth.

Also brush the lamb inside and out with the seasonings (ground coriander and ground ginger) and the onion juice, then just set it aside while preparing the stuffing.

The rice should be boiled until it is tender, then it should be drained. Chop some onions and then sautй them in olive oil. Add chopped pistachio nuts, chopped almonds and seedless raisins to the rice. To add a final touch, season the rice with salt and pepper.

The oven should be preheated at 450 degrees Celsius. Stuff the lamb and then saw it up with a strong thread.

Place the stuffed lam on large baking tray and put it into the oven, then reduce the heat to about 325 degrees Celsius. The lamb should be roasted for about 2 hours and turned over once or twice for well-done meat.