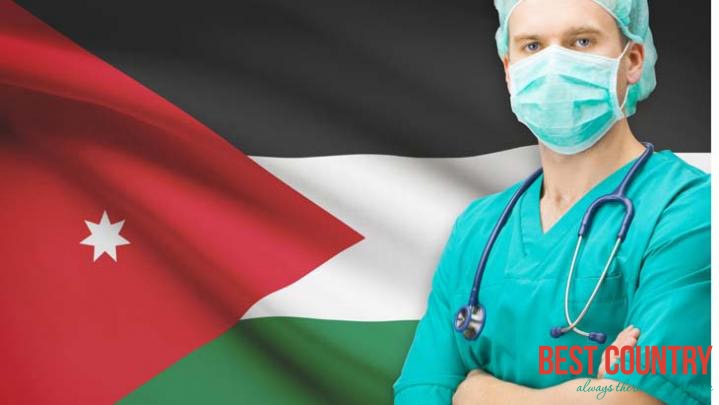 Jordan has quite an advanced health care system, although services remain highly concentrated in Amman. Government figures have put total health spending in 2002 at some 7.5 percent of Gross domestic product (GDP), while international health organizations place the figure even higher, at approximately 9.3 percent of GDP.

Jordan was ranked by the World Bank to be the number one health care services provider in the region and among the top 5 in the world, as well as being the top medical tourism destination in the Middle East and North Africa.

The country’s health care system is divided between public and private institutions. In the public sector, the Ministry of Health operates 1,245 primary health-care centers and 27 hospitals, accounting for 37 percent of all hospital beds in the country;

the military’s Royal Medical Services runs 11 hospitals, providing 24 percent of all beds; and the Jordan University Hospital accounts for 3 percent of total beds in the country. The private sector provides 36 percent of all hospital beds, distributed among 56 hospitals.

According to 2003 estimates, the rate of prevalence of human immunodeficiency virus/acquired immune deficiency syndrome (HIV/AIDS) was less than 0.1 percent.

According to a United Nations Development Program report, Jordan has been considered malaria-free since 2001; cases of tuberculosis declined by half during the 1990s, but tuberculosis remains an issue and an area needing improvement.

Jordan experienced a brief outbreak of bird flu in March 2006. Noncommunicable diseases such as cancer also are a major health issue in Jordan. Childhood immunization rates have increased steadily over the past 15 years; by 2002 immunizations and vaccines reached more than 95 percent of children under five.

In 2008, 250,000 patients sought treatment in the Kingdom including Iraqis, Palestinians, Sudanese, Syrians, GCC citizens, Americans, Canadians, and Egyptians. Jordan generated over $1 billion in 2008 from medical tourism.

Jordan is an emerging medical tourism destination, with related revenues exceeding one billion dollars in 2007.

More than 250,000 patients from other countries sought treatment in Jordan that year. This included an estimated 45,000 Iraqis and approximately 25,000 patients each from Palestine and Sudan.

An estimated 1,800 US citizens, 1,200 UK citizens, and 400 Canadians also sought treatment in Jordan that year. Treatment costs can be as low as 25 percent of costs in the US.

The country’s competitive pricing and high quality health services have been attracting regional patients from other Middle Eastern and North African countries including Yemen, Algeria, Iraq, Palestine and Sudan for quite some time now.

The World Bank ranked Jordan as being the top medical tourism destination in the Middle East and North Africa, followed by Dubai, Abu Dhabi, and Israel. More than 250,000 patients from 84 countries were treated there in 2008, according to a recent study by Jordan's Private Hospitals Association (PHA).

Jordan’s physicians and surgeons are all proficient in the English language as medical school is taught solely in English throughout the country. These surgeons set themselves apart and excel through training, practicing or affiliations with top institutions in the United States such as Johns Hopkins, the Mayo Clinic, and Cleveland Clinic.

According to the CIA World Factbook, the life expectancy in Jordan is 80.05 years, one of the highest in the world and the second highest in the region (after Israel). 99% of Jordan's population have access to clean water and sanitation despite it being one of the world's poorest in water resources.

There were 203 physicians per 100,000 people in the years 2000–2004, a proportion comparable to many developed countries and higher than most of the developing world.