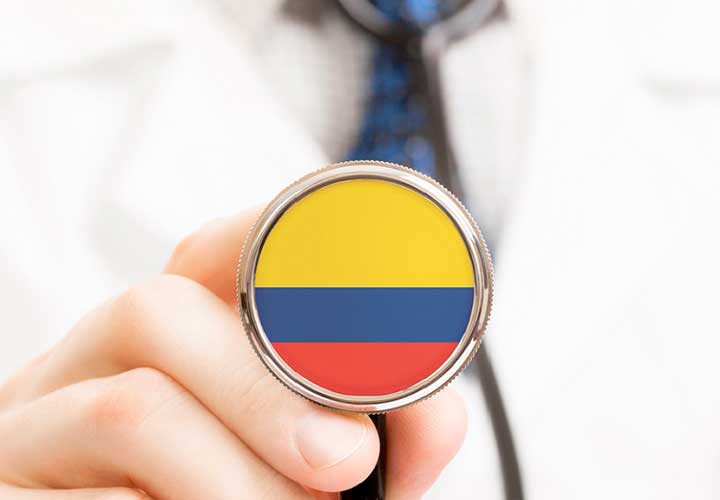 Health care in Colombia refers to the prevention, treatment, and management of illness and the preservation of mental and physical well being through the services offered by the medical, nursing, and allied health professions in the Republic of Colombia.

Tropical diseases are important issues in Colombia, and major causes of death. Malaria affects near 85% of the national territory, mainly the Pacific ocean coast, the Amazon jungle and eastern savannas, with an estimated of 250,000 cases/year and a mortality rate of 3/100,000.

Bothrops atrox is the main cause of death for snakebite in Colombia.

Chagas disease is endemic to the Santander Department and nearby areas. Other diseases such as Leishmania, rabies, Venezuelan equine encephalitis virus and West nile virus are also present in Colombia.Snakebites are a big concern, because of the shortage in antivenom supplies countrywide.

Different forms of malnutrition severely affect the population, especially children under five years, with moderate to severe rates of malnutrition of 21% and iron deficiency anemia of 23%.