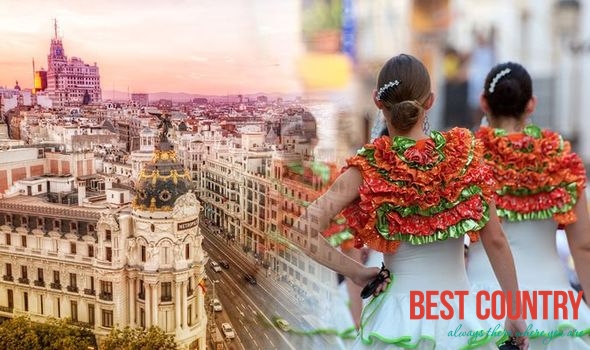 Spain is one of the largest countries in all of Europe, occupying most of the Iberian Peninsula. Vacation-goers flock to Spain for the sunny beaches along the Mediterranean Sea to the south and the Atlantic Coast to the north, but there's much more to discover if you take the time to look.

Holidays, festivals and traditional celebrations abound in Spain. Images of bullfights, matadors and flamenco dancing come to mind, but this is just the tip of the iceberg.

Las Fallas is one of the more impressive festivals in Spain. This event takes place each March in the Mediterranean city of Valencia. The celebration lasts for a week and includes nonstop fireworks and noisy fanfare.

The travel guide iExplore recommends arriving toward the end of the week so you can witness the last evening of the festival, when all the papier-mâché statues are burned.

The sculpture voted "best effigy" is the only one spared from the flames and is put on display in the town center. The other hundreds of effigies blaze late into the night as teams of firefighters set up protective barriers and keep watch while the crowds continue their street parties.

The southern city of Seville hosts two of the biggest celebrations of the year. First is Semana Santa, a week of feasting and Roman Catholic processions leading up to Easter. Holy Week in Seville features masked parades and enormous floats with Roman Catholic figures.

This somber spectacle is followed up by La Feria de Abril, a much more jolly event. Hundreds of tents and amusement park rides are set up for Seville's week-long Feria.

The fairgrounds swell with locals dressed in traditional garb and booths selling libations and food. Live music fills the night air, and a festive mood prevails. Fireworks signal the final night of the celebration, sending the crowds into frenzied flamenco dancing.

La Fiesta de San Fermin is an iconic holiday that takes place in the northern town of Pamplona. The festivities occur annually in mid-July.

The best-known aspect of the holiday is the Running of the Bulls, first made famous by Ernest Hemingway in "The Sun Also Rises." Thousands of locals and foreigners take to the streets each morning to sprint in front of a stampeding herd of bulls along a route leading to the city's bull ring.

The streets become treacherous, and the event is astounding to behold. Aside from this spectacle, the Fiesta de San Fermin includes parades, fireworks and bullfighting events

One of Spain's other major celebrations is La Tomatina, a "tomato war" held in the town of Buñol outside Valencia.

Tourists and locals gather on the last Wednesday of August each year to stage a tomato-chucking battle of epic proportions.

This event is part of a week-long festival in honor of Buñol's patron saint. As with most other Spanish holidays, street parties and parades are customary.

Thousands of combatants take part in the final tomato war. According to Frommer's, the actual food fight lasts for two hours.

The local government sponsors the event by sending in over 88,000 pounds of tomatoes to be used as ammunition. Communal shower stations are set up around town for cleanup after the fun comes to an end.