The Spanish food tradition has varied ancestry, though most Spanish dishes have rather humble origins and are the result, over time, of ingredients put together by poor peasants, farmers or shepherd families; many times using leftovers, or at the very least products from their own farms and orchards.

So how come Spanish cuisine is so diverse? The answer is simple, and it's all related to history and location.

First of all we must consider that being in central Europe Spain had great Roman and Greek influence; think only of olive oil and wine, then the Moorish influence in the Spanish cooking tradition produced marvels such as gazpacho and nougats and the Jewish gastronomic tradition contributed to the preparation of stews known as olla (pot). 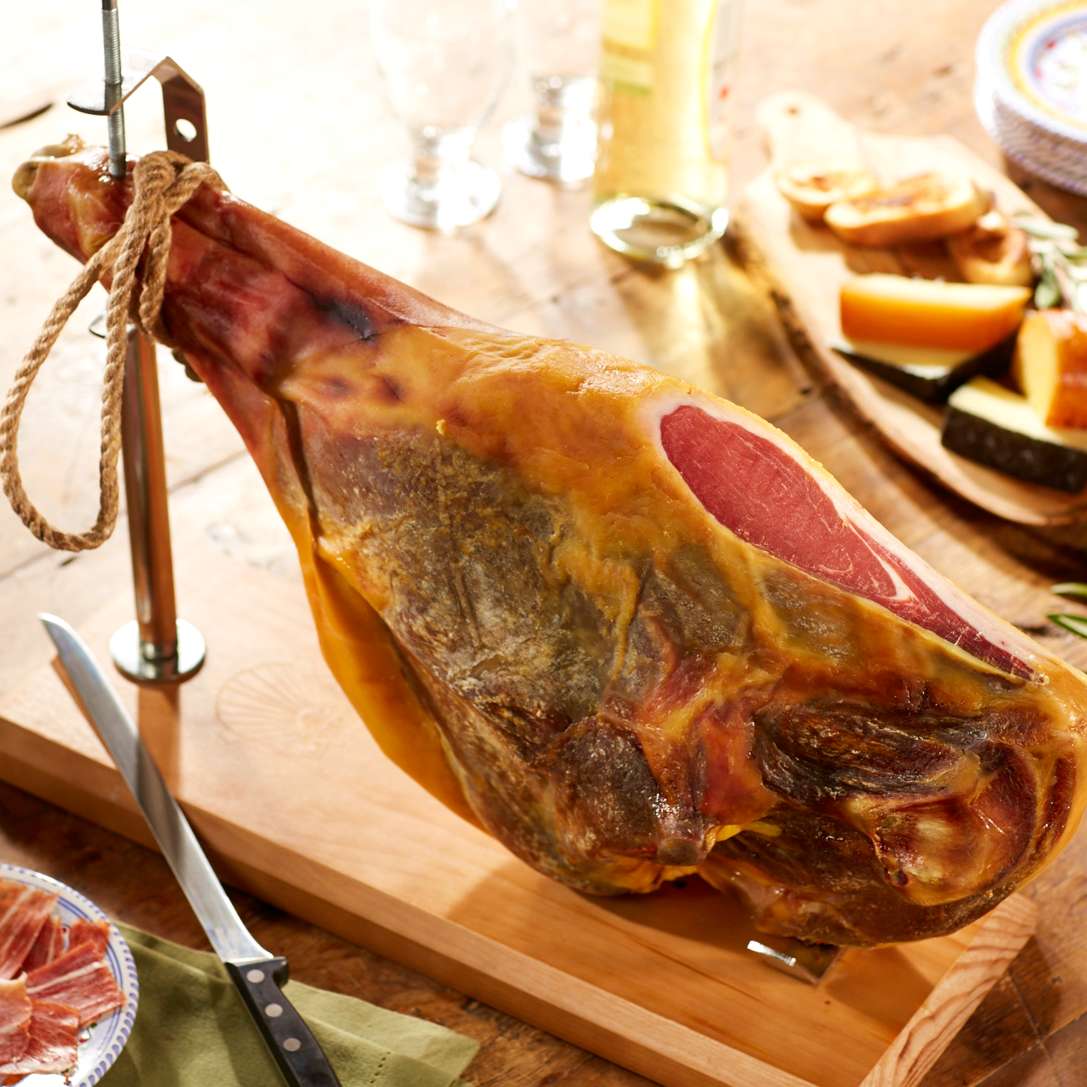 However it was Christians who began with the tradition of one of Spain's most notorious and sought after products: Spanish ham, which is not only consumed as tapas in bars, but also accompanies many dishes.

Unquestionably pork is par excellence the favorite Spanish meat: everything is used, nothing is wasted. However, the Spanish like to make use of all of the ingredients they can and often include a number of different meats in the same dish

Of course there are many other meats served in Spanish tables including lamb, beef and chicken.

But Spaniards are not exclusively carnivorous, there are many vegetarian stews and other dishes that are enjoyed from North to South, from East to West.

Along the way a new continent called America was discovered, which brought not only gold and precious gems, but something that would one day save the Old Continent from famine: potatoes, the main ingredient of Spanish tortilla, tomatoes, some pepper varieties and many other vegetables. 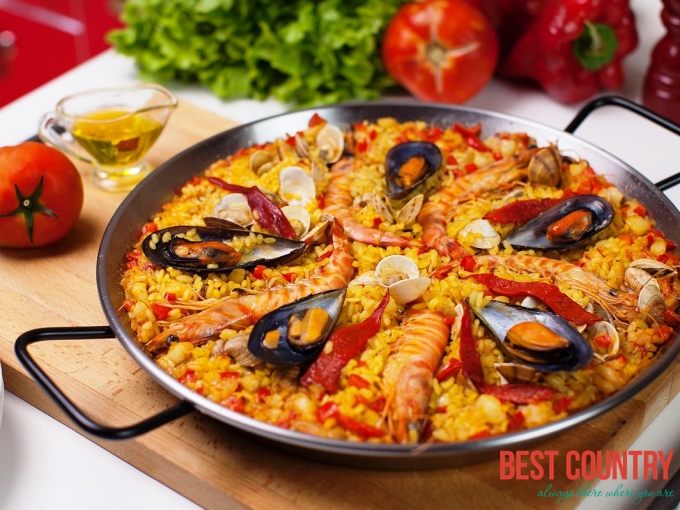 But what makes Spanish food so popular is the quality and variety of the ingredients used. For instance, it was the same Romans that imported rice to Spain, giving way to the creation of the Valencian paella and many other rice dishes.

Since then, these dishes have come to form part of the typical, if not iconic, dishes of Spain and are a definite must for any travelers who are planning on visiting Spain and doing a bit of gastronomic tourism.

There is also a great variety of seafood, including fish, mollusc and crustaceans from the coast areas, which are used in the preparation of many delicious dishes. The fish industry in Spain is extremely important and forms part of the livelihood of many of the population.

Furthermore, Spain is a country that is blessed with such a large and varied coastline, including the Bay of Biscay, the Atlantic Ocean and the Mediterranean Sea.

This gives rise to a whole manner of different species of fish and seafood being available for Spanish chefs. Therefore the range of Spanish seafood dishes is endless!

Many typical Spanish products have denomination of origin such as ham, cheese, fruit and vegetables, seafood and sausages.

These are some of the most common ingredients found in Spanish cooking and can add a touch of Spain to any other dishes you may decide to make. However, many of them go well by themselves, and they make perfect tapas.

When it comes to sweet things, Spain has a very rich dessert tradition.

On one hand it was also influenced by the Moors, and on the other many of them are centuries old creations from nun convents.

If you have a sweet tooth we recommend you to sample some of the many deserts Spain has to offer if you ever decide to learn Spanish in Spain.