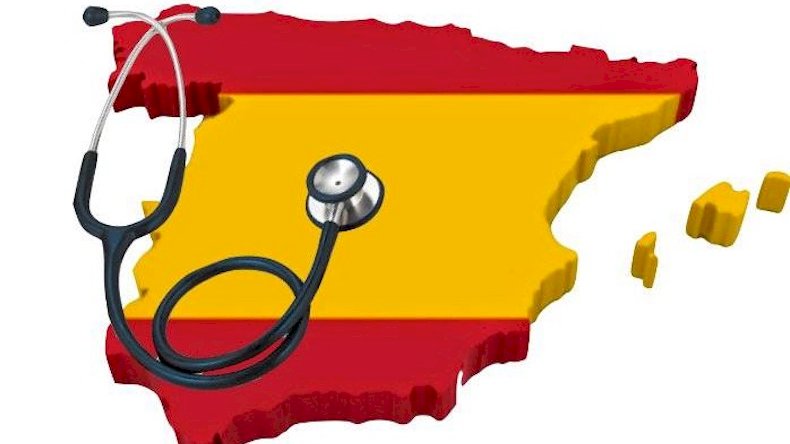 Spain is one of the most popular destinations for expats and many people will be grateful to find out that the Spanish health care system is very simple, very effective and free to many people. However, you do need to understand how the system works, how you contribute and how the private healthcare sector in Spain operates.

The standard of health care in Spain

There are many people who have contributed to various medical threads regarding Spain on the forum and the vast majority of these have been very upbeat and very complementary about the overall standard of the Spanish health care system.

There is obviously a great interest in medical treatment for those living and visiting Spain for prolonged periods because ultimately, as in many countries around the world, there is the potential to incur significant costs and often substandard treatment in some countries.

However, thankfully Spain appears to have a good track record and a very simple and easy to understand system!

Before moving to Spain, as you would any country in the world, you need to do your homework with regards to various aspects of everyday life including health cover and the health care system.

Thankfully, with Spain being a prominent element of the European Union you can and should apply for the new European Health Insurance Card (EHIC) which allows you to obtain emergency healthcare cover when in Spain.

Even though the EHIC is predominantly aimed at the tourist market, allowing those from within the EU to obtain emergency treatment on the same terms as the local population, many expats also use this during the early days of their move to the country.

However, after a few weeks or a few months (if you’re lucky) you will need to look at the long-term situation and arrange the relevant healthcare insurance cover or join the Spanish health care system.

There is a free universal health care system in Spain, very similar to that in the UK, although to become part of this scheme you need to obtain a Social Security number.

As you would guess, to obtain such a number you would either have to work for a company in Spain or work for yourself from Spain.

After obtaining your social security number you are then effectively covered for medical expenses and can use the Spanish health care system, to which you will be contributing.

There are other cases where free healthcare may be available including those unemployed before moving to Spain, students and in many cases those over 60 years of age may also enjoy free healthcare in Spain.

However, you do need to be aware of changes in the regulations, how the system works and ultimately whether you are covered.

As in many countries around the world private health insurance is something which is becoming more and more popular and more and more vital to many people.

The ability to effectively jump the queue of the state health care system can often lead to much shortened delays in treatment which in many cases could be literally a lifesaver.

It is worth noting that there is a very competitive health insurance sector in Spain which is reflected in the cost of private healthcare insurance in the country.

Obviously the cost of this healthcare will depend upon the level of cover you require, your age, your health and whether you may want your family to be included.

Family private healthcare insurance in Spain is also another growth market and one which more and more people are subscribing to as the cost of privately funded medical care continues to rise and state services can be stretched in some areas.

A number of people have commented upon various threads that the Spanish prescription system is very much looser than that in the UK and many items which need to be signed off by a doctor in the UK are readily available over-the-counter in Spain.

Asthma inhalers and antibiotics are just two examples of medical products which are available over the counter without a prescription.

It is also worthwhile remembering that if you register for free healthcare in the Spanish social security system you can obtain a 60% discount on prescription medicines and if you’re over retirement age there is no cost at all.

Booking a doctors appointment in Spain

Unlike the UK, where the telephone booking system is prominent across the country, the Spanish authorities have grasped new technologies and in some areas it is possible to book an appointment with your doctor via text or online.

There are a number of comments in the Spanish Forum relating to doctor’s appointments and the standard of service across Spain which many expats will find encouraging.

While it obviously depends upon which area of Spain you are located, in general it seems that the Spanish GP system is very quick, very efficient and ultimately very rewarding.

There are various comments regarding appointments being on time, the medical staff offering every assistance needed and ultimately, while you do not want to be in a doctor’s surgery, there would appear to be very little to worry about on the administration side.

Returning to the UK for treatment

It is rather surprising to see that a number of expats appear to return to the UK from their new Spanish base for medical treatment on a regular basis.

As we covered above, there are many people who will qualify for free treatment and if you contribute to the system, why not make use of it?

Whether it is the speed of treatment or standard of treatment which appears to cause some people to look back “home” for medical treatment is debatable but for many people it is a cost which is avoidable and ultimately, according to the vast majority of posters in the forum, the standard of health care in Spain compares very well with the UK.

These are areas which need to be reviewed on a regular basis if you’re moving overseas, and especially to Spain, because ultimately money will be tight for many people and the opportunity to save some money on a regular basis could prove very useful.

There’s also the issue of travelling when you are not well which can in some circumstances aggravate an existing medical condition.

As you might guess, many expats who move to Spain may become embroiled in expats communities and are often slow to learn the local language and the local practices.

There are a number of posts in the Spanish Forum which suggest that the inability to speak and understand fluent Spanish can make a visit to the doctor’s or a visit to the hospital more stressful than it should be.

This is certainly a case where people moving to a foreign land need to understand the value of being able to speak, and understand, the local language.

Thankfully, for those who have not yet had the opportunity to learn Spanish, there are a number of translators available in doctors and hospitals up and down Spain which can be worth their weight in gold.

Understanding and appreciating a potentially complicated operation in your homeland is difficult but the fact that you may not fully understand, as some information may be lost in translation, a Spanish doctor explaining the situation to you can lead to complications in your mind. Make use of translators where possible!

The expat community in Spain is so large that we have seen the growth of specific expat targeted health insurance schemes which have proved very beneficial to many people.

Targeted and focused purely on expats living in Spain they tend to explain situations in a different manner to the traditional Spanish insurance policies and obviously they will be printed in your mother tongue!

It is debatable as to whether there is any improvement in quality upon taking out healthcare insurance for expats but ultimately if it gives the underlying customer, and potential patient, more confidence in the system then that is a major plus point.

While it is interesting to look at health care in Spain, both the state system and the private healthcare system, the proof is very much in the pudding and it is worthwhile taking a look at the general health of the Spanish population and how this compares to other countries.

Figures available from the Organisation for Economic Co-operation and Development (OECD) show that Spain compares favourably on a number of levels to many other countries. A recent report suggested that the average life expectancy in Spain is 81.1 years which is over two years more than the OECD average which is 79 years.

In general it also seems that Spain manages to obtain better value for money compared to other OECD member countries although like so many countries around the world there are problems with obesity which have yet to fully develop.

Overview of the Spanish healthcare system

Many people will be surprised to learn that Spain seems to have a very efficient and very impressive state run health care system which is complemented by a well-developed private healthcare sector.

This offers visitors and expats the opportunity to take state cover for medical treatment and potentially top this up with private healthcare cover if they can afford it.

Whether countries like Spain, and the UK, will be able to run their free healthcare systems in the future remains to be seen because medical costs seem on the whole to be rising quicker than incomes and tax funding.

Doing your homework before you arrive in Spain

Even though there are similarities between the Spanish healthcare system and the UK NHS you still need to be fully aware of how the system works, how you join and ultimately how you get the best out of the services available.

Health care is a vital element of everybody’s life and as we have mentioned on numerous occasions, too many people automatically assume that the system in their new homeland will be the same as that in their mother homeland. In many circumstances this is a very dangerous assumption to make and can have worrying consequences.

The more pressure you can take off yourself as you get ready to move overseas the better and being aware of how the system works and how you fund your contributions is a vital part of overall personal and family health care. Do not leave it too late!

While the NHS is often put forward as the best healthcare service in the world it would appear that the Spanish health care system has many similarities and is indeed in good shape.

There will be stories, as in any country, of mishaps and long waits to see a doctor but on the whole it appears as though the Spanish system works and the fact you are able to book an appointment with your doctor via text or online is an interesting development which makes good use of the latest technology.

However, the cost of such cover will be a vital element of any decision although unfortunately private healthcare may not be for everybody.

Why not check out the Spanish Forum where there are a number of everyday Spanish healthcare issues discussed with advice and information readily available to the masses. Those who have concerns about moving to Spain and the standard of treatment they can expect would seem to have very little to worry about.