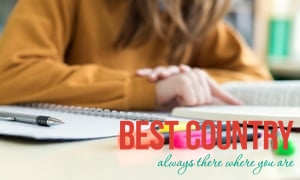 The educational law of 1990, the Ley Organica de Ordenacion General del Sistema Educativo (LOGSE) (Law on the General Organization of the Educational System), established a new system which started in 1991-92 school-year.

The main points of the new system are the following:

Basic education is compulsory and free of charge, and it is extended up to the age of 16, the legal age for starting work.

The educational system includes general and special education, i.e. the different levels of education are adapted to suit students with special needs.

Improvement in the quality of teaching must be achieved via the renewal of the contents of the courses, improvement in human resources and material resources, and better use of the various instruments of the educational system.

Religious instruction must be available at all schools, but it is voluntary for pupils.
Special systems are applied for artistic education and language learning.

General education is organized as follows:

post-compulsory secondary education, including the baccalaureate and the middle grade of vocational training

It led to the Bachillerato Unificado y Polivalente (BUP). Pupils who held the Bachillerato (BUP) could go on to one-year Curso de Orientacion Universitaria (COU), a university preparation course and one of the pre-requisites for entrance to university studies.

After the 1990 reform (LOGSE), secondary education (ESO) became compulsory, and it now lasts four years, following six years of primary education, and it leads to the graduado en educacion secundaria.

Studies leading to the titulo de bachillerato take another two years. Students sit for examinations and must succeed in all subjects. To enter university, they must sit for an entrance examination (selectividad).

The Spanish university system dates back to the Middle Ages. The oldest among Spanish Universities is Salamanca, founded in 1218.

The present system, however, is actually descendant of the 19th century liberal university, inspired by the centralized French model.

In the last years, it has experienced its greatest growth in history, while at the same time advancing towards a self-governing and descentralized system.

The Ministry of Education with the departments of higher education in the universities coordinates the activities of state and private institutions and proposes the main lines of educational policy.

The Consejo de Universidades sets up guidelines for the creation of universities, centres and institutes.

It can also propose measures concerning advanced postgraduate studies, the defining of qualifications to be officially recognized throughout the country and standards governing the creation of university departments.

The legislation on university autonomy provides for administrative, academic and financial autonomy.

The Ley de Reforma Universitaria (LRU) gave rise to a renewal of the existing plans of study, presently intermediate degrees (three years) and superior degrees (five years, six for medicine) which are being replaced by two different types of studies: those of the single cycle, which will run for three years and are directly professional; and those of three cycles in some cases, receiving diplomas which are professionally valid; the B.A.'s (always with various specialties) and the doctorate (two years and a final thesis).

In certain studies, the student will be able to pass from the short cycle to the bachelor's degree with a new major after a course of transition.

The basic unit of plans of study include required subjects grouped in courses that the students will have to follow consecutively and elective courses.

The courses taken may be mainstream courses (at 30% of the total in the first cycle or 25% in the second), which are those that the University Councils declare obligatory; or electives, chosen freely by the student (at least 10% of the total).