The Climate in San Marino 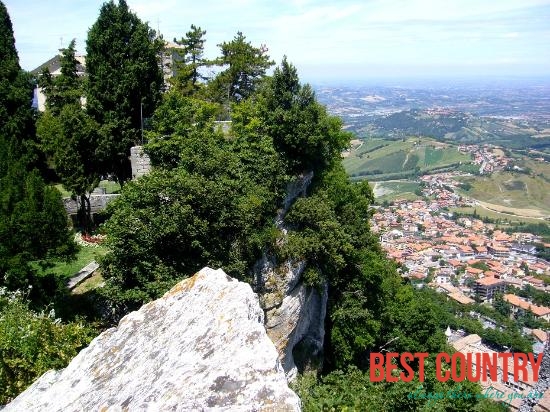 For a country with a population of 30,000, this small landlocked country plays host to an estimated 2 million visitors yearly. One reason tourists flock to San Marino is its Mediterranean climate.

All year round, this inconspicuous European country enjoys one of the gentlest climates in the world.

In a nutshell, San Marino has warm breezy summers and cool crisp winters. Another factor that contributes to San Marino’s enviable climate is that it is situated atop a mountain range with the highest point reaching only 749 meters while the lowest point is 55 meters above sea level.

The extra elevation gives them an upland climate making the country a tad cooler compared to other countries with Mediterranean climate but not high enough to give them constant snow like in the case of the Swiss Alps.

In the summer, temperature ranges between 20°C to 30°C. 20°C is just a few degrees higher than usual temperature inside a building where there is air-conditioning, but in San Marino this is just room temperature.

No wonder during summer, the density of people milling about in one of the smallest nation in the world suddenly pops out of proportion as people can frolic under the sun in summer clothes without getting toasted.

Summer evenings are always cool as thick clothes may be necessary sometimes to stay warm.

The San Marino summer scene is also characterized by brief rain showers which gives the country its aura of serenity.

During winters, San Marino has a moderate snow precipitation and so anyone can have fun and play in the snow without the risk of getting frozen to death or frostbites.

Temperature in San Marino during winter doesn’t normally go down lower than -6 °C, and that is the coldest it can get.

A lot of people also visit San Marino during winters because, although there is snow, the cold is never harsh.

So basically, San Marino’s climate can be compared to California’s climate except that snow falls down on this microstate.