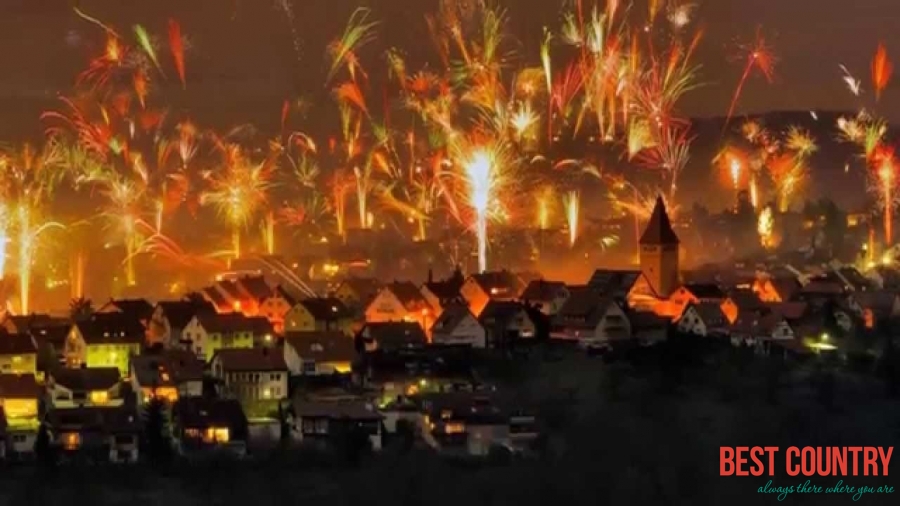 With New Year being a special moment which arrives once ion an year, everyone puts in a lot to try to make it a special and memorable one for them. Denmark is no exception. New Years Eve can said to be a beginning point for celebrating the true essence of New Year, which is precisely reflective in the way people bid goodbye to the Old Year, and welcome New Year on New Year’s Eve.

New Year is a time of the year, when all people believe in moving ahead, and moving over the past troubles of life. It is a time of being an optimistic for the coming time, and being pleasant and happy.

New Year celebrations in Denmark are an extensive expression of the same. Most of the people ensure to plan a dinner, or if possible a special feast along with champagne and sweets, with close friends and family.

New Year’s Eve provide them hosts itself as a gala time for everyone, so that everyone can spend the last few moments of Old Year and initial few hours of the New Year, by being close to their near and dear ones. Traditional dishes such as marzipan ring cakes, boiled cod, stewed kale, and cunavy saddle are necessarily required to be on the platter.

As far as social parties are concerned, almost every small and big city of Denmark hosts the biggest parties of the year on New Year’s Eve.

Most of these parties begin during the evening time of December 31, and with each passing moment, the crowds in such parties get intense. They eat, drink, dance, and cheer, and eagerly wait for the clock to turn twelve.

Also, large crowd turns in for hotels and restaurants who apart from offering special dishes for the evening, also organize events of gambling, and music shows and live shows of eminent performers.

With the big moment drawing close, many get hooked to their television sets watching the live fireworks show occurring in major parts of the city, and also lending their ears to the Queen’s Speech of the New Year’s Eve.

When New Year actually arrives, fireworks are set off to swell in the skies. People, and in particularly small age children and people of young age also bun crackers in their respective selves.

It is the moment when all decibel meters shatter, as throng of people go crazy, cheer out loud, and exchange wishes in the midst of the show.

It is well prop up by the music shows, some of them being live. Among all the fireworks show, the one in Tivoli Gardens is considered as the best.

In fact, it has a five day extended fireworks festival, beginning after the day of Christmas, and going on till the midnight stroke on New Year’s Eve. Experimentarium is also popular for it’s about half an hour fireworks show.

Most of the traditions followed during New Year’s Eve in Denmark, seem to be standing on a humorous side. Thus, people pleasantly observe them with an element of fun.

Among those many traditions, there is one most prominent and pleasurable tradition. If one finds broken dishes at one’s threshold, one might feel odd and bad.

The more one’s door gets strike by the broken dishes reflects that one has many friends in life, and many of those friends love and like him.