The longest and most popular holiday celebration in Denmark is Christmas. As this season approaches, the days grow very short. Only a few hours of dim light lie between the darkness of morning and the darkness of evening. Electric lights are on all the time, inside the houses and out on the streets. 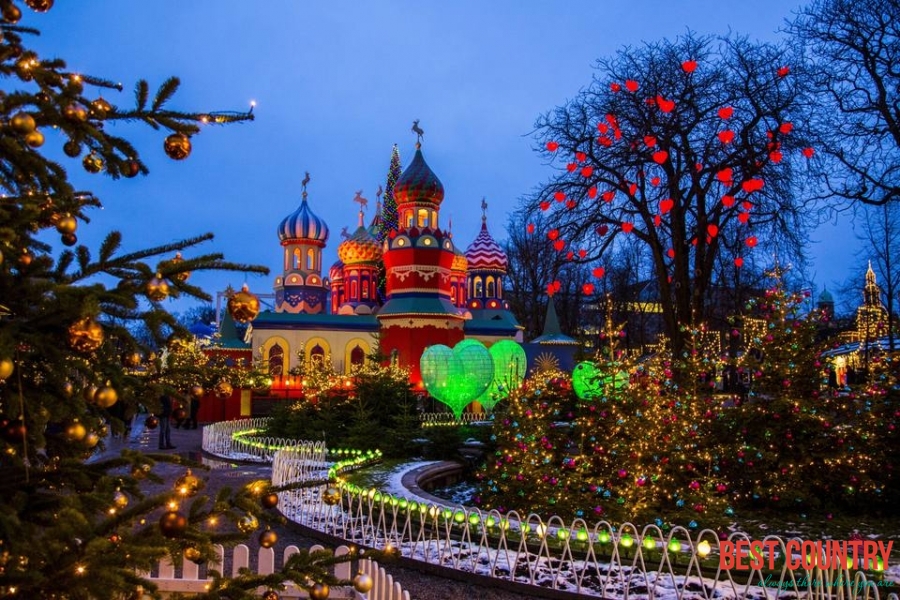 There are few places in the world where Christmas is celebrated with such joy and with such a burst of light.

To dispel the gloom of the never-ending twilight of winter, the Danes light candles, thousands upon thousands of candles.

In fact, the Danes burn so many candles that the nation consumes more candles per capita than any other country on earth.

Lighted Christmas candles appear everywhere-in homes, schools, and churches. In Denmark, the practice of lightening a candle to create an atmosphere of warmth and coziness is a very old tradition-a tradition much older than Christmas.

In Danish churches, Advent, the fourth Sunday before Christmas, is celebrated with special services.

In Danish homes, Advent is celebrated with the arrival of the season's first decoration-a beautiful Advent wreath of evergreen boughs that holds four tall, white or red candles.

The wreath is hung above or set on the dining room table. On the first Sunday before Christmas, one candle is lit, and the most festive and celebrated season of the year begins.

On the second Sunday of Advent, the first candle on the wreath and one more candle are lit. The ritual continues Sunday after Sunday until on the last Sunday before Christmas all four candles are lit together.

The first of December is also the date on which most Danish families put out their Christmas or Advent calendars.

Each day before Christmas one of the 24 numbered doors or windows on the advent calendar are opened to reveal a treasured symbol of the holidays-cookies, toys, candles, and so on. Some of these calendars are store-bought while others are homemade.

The homemade Advent calendars often include hooks instead of windows. From each hook, a tiny package is hung, and on each of the 24 days before Christmas, a new package is unwrapped.

The tiny packages contain small gifts, such as a small toy, a package of gum, or a wrapped chocolate. Though the gifts are small, the daily ceremony of unwrapping another gift makes the endless wait until Christmas more bearable.

The sharing of holiday cheer with friends and neighbors is an essential part of the Christmas season in Denmark, and nothing is more important than having freshly baked Christmas goodies for callers to sample.

Never would a host or hostess think of sending a visitor away during the Christmas season without a taste of the family's good cheer.

In Denmark, it is a very old belief that a visitor who leaves the house without being fed may carry away the Christmas spirit. Thus, every Danish kitchen buzzes with activity and is filled with the smells of sweets and spices in the weeks before Christmas.

The most important day in the Danish holiday season is Christmas Eve. However, the day before Christmas Eve is the busiest.

That day preparations begin for Christmas Eve dinner, the tree is decorated, the house tidied up, and the gifts wrapped.

The Danes take pride in how the presents are wrapped. They usually have a high pile of presents beneath the tree because most Danes will exchange presents with all members of their family as well as close friends.

Christmas Eve is usually for the immediate family, grandparents, or even an elderly aunt or uncle who would otherwise be alone on that evening.

They are usually spent in an extended celebration with family and friends. Often the 25th is spent with one parent's family and the 26th is spent with the other. Both days are occasions for a boisterous, social time with continuous fun and feasting!