It has a characteristic deep fruity aroma and a strong flavour of cherries. It is usually made from the sour morello cherry. 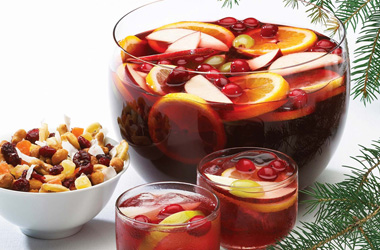 This strong liqueur is based on arrack - a strong distilled spirit made from fermented fruit, sugar cane, rice and anise seeds. It was imported to Scandinavia in the 18th Century from the Indonesian island of Java. 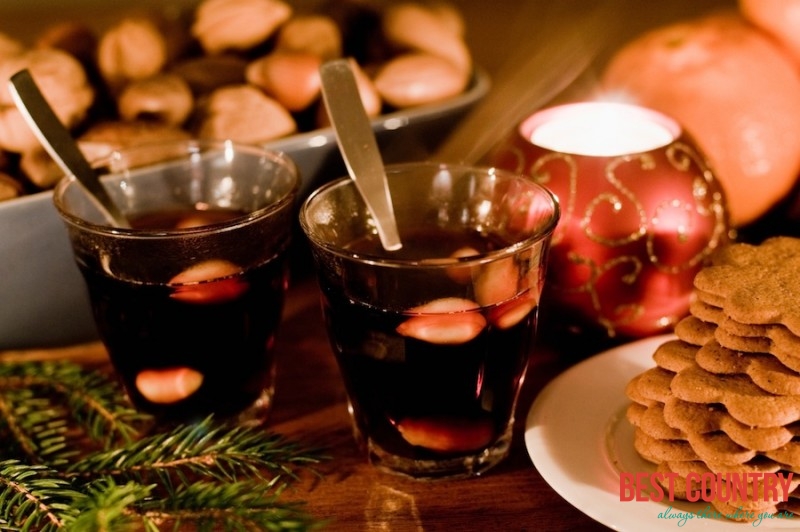 Glögg is extremely popular across the whole Scandinavian Peninsula, especially in the winter when the temperatuures can get very low. It's made from wine, juice, spices and fruit and is usually served around Christmas.

Despite the expansion of multinational companies, the Norwegians seem to prefer soft drinks by their local brands. One of the leading trademarks is Dansk Citronvand, much more popular than either Coca-Cola or Pepsi.

The classic Brennevin, a traditional Scandinavian spirit, is pure, but it can be also flavoured with various herbs and spices. The most popular flavourings include: wild rose, wormwood, elderberry, dill, cumin and ginger.

Although originally Scottish, this hot beverage has become Norway's national drink. It comes in many variations, however it is always based on a strong spirit: brandy, rum or whisky. It also consists of some kind of hot non-alcoholic beverages.

Mjød is undoubtedly one of the oldest alcoholic beverages known to man. In Scandinavia it is an inseparable part of many rituals and celebrations, dating back to the times of the Vikings. Mjød is based on honey.

In other Scandinavian countries also known as pontikka, moscha or kotipolttoinen, snaps is the common name for home-distilled spirit. Usually made from potatoes or sugar, it comes in many flavour varieties.