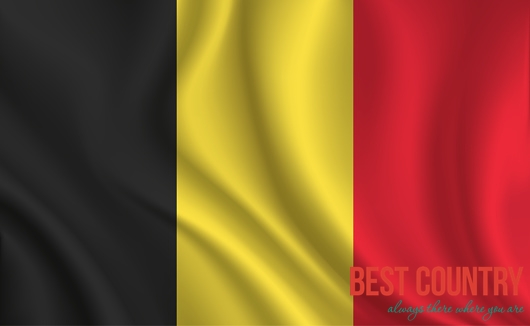 Politics of Belgium takes place in a framework of a federal, parliamentary, representative democratic, constitutional monarchy, whereby the King of the Belgians is the Head of State and the Prime Minister of Belgium is the head of government in a multi-party system. Executive power is exercised by the government. Federal legislative power is vested in both the government and the two chambers of parliament, the Senate and the Chamber of Representatives. The federation is made up of (cultural/political) communities and (territorial) regions.

Belgium's political institutions are complex; most political power is organised around the need to represent the main cultural (and political) communities. Since around 1970, the significant national Belgian political parties have split into distinct representations for each communities' interests besides defenders of their ideologies.

These parties belong to three main political families, though close to the centre: the right-wing Liberals, the social conservative Christian Democrats, and Socialists forming the left-wing.

Other important newer parties are the Green parties and, nowadays mainly in Flanders, the nationalist and far-right parties.

Politics is influenced by lobby groups, such as trade unions and employers' organizations such as the Federation of Belgian Enterprises. Majority rule is often superseded by a de facto confederal decision making process where the minority (the French-speakers) enjoy important protections through specialty majorities (2/3 overall and majority in each of the 2 main communities).

The Constitution of Belgium, the primary source of law and the basis of the political system of the Country, was established on February 7, 1831. It has been changed several times, but the most relevant reforms were performed in 1970 and in 1993.

In 1970, in response to a growing civil conflict between the Dutch-speaking and French-speaking communities in Brussels, the Government declared that "the unitary state, its structure and functioning as laid down by law, had become obsolete".

The new constitution recognised the existence of strong communautarian and regional differences within Belgium, but sought to reconcile these differences through a diffusion of power to the communities and the regions.

In 1993 the parliament approved a constitutional package transforming Belgium into a full-fledged federal state.

As titular head of state, the King plays a ceremonial and symbolic role in the nation. His main political function is to designate a political leader to form a new cabinet after an election or the resignation of a cabinet.

In conditions where there is a "constructive vote of no-confidence," the government has to resign and the lower house of Parliament proposes a new Prime Minister to the King.[1] The King is also seen as playing a symbolic unifying role, representing a common national Belgian identity.

Members of the Federal Government, who are formally appointed by the King, are in fact drawn from the political parties which form the government coalition.

The Federal Government must enjoy the confidence of the Chamber of Representatives.

Ministers head executive departments of the government. The Prime Minister and his ministers administer the government and the various public services and the ministers must defend their policies and performance in person before the Chamber.

They rely on a system of revenue-sharing for funds. They have the authority to levy a very few taxes (mostly surcharges) and to contract loans.

Moreover, they have obtained exclusive treaty-making power for those issues coming under their respective jurisdictions.

Of total public spending (interest payments not considered), more than 30% is authorised by the regions and communities, although their financing comes for over 80% from national Belgian budgets; at the same time, the national government controls 100% of social security, and strictly limits the taxation policy by the federalised entities. As a result, Belgian institutions still control over 90% of the effective, global taxation levels on individuals and companies.

Though since 1993 article 35 of the Constitution requires the creation a list specifying federal as opposed to regional and communities' competences, such list was never created. Therefore, the federal government continues to exercise all competences not explicitly dedicated to the lesser levels.

In the Brussels region, there is another form of intermediate government, constituted by institutions from each of the two competent communities. Those institutions (COCOF for the French-speakers and VGC for the Flemings) have similar competencies, although only COCOF has legislative powers.

Legislative powers in Belgium are divided between the national, the regional and the community levels.

Since the Constitutional reform of 1993, the two Houses of Parliament do not sit on a level of parity: other than in cases regarding the constitutional, institutional or federal structure or international relation, the consent of the Senate either is not required (so-called "unicameral laws", voted only by the House, such as the budget) or can be dispensed of by the House. The Chamber of Representatives is also the only house that votes the confidence to the Government.

Each of the five components of the federal system (Flemish Community, French Community, German-speaking Community, Walloon Region and Brussels-Capital Region) have their own, directly elected unicameral council or parliament. They vote decrees (or ordinances in Brussels), that have the same value and are on the same juridical level as the federal laws.

The influence of the main political parties and party leaders is enormous. Many experts[citation needed] estimate that the presidents of the main parties are considerably more powerful than both ordinary ministers and the entire Parliament. For this reason, the Belgian political system is often called a particracy.

he election for the Belgian Chamber of Representatives is based on a system of open list proportional representation. Several months before an election, each party forms a list of candidates for each district.

Parties are allowed to place as many candidates on their lists as there are seats available. The formation of the list is an internal process that varies with each party. The place on the list is considered to play a role in the election of a candidate, by giving stronger visibility to those high on the list; this phenomenon, however, seems to have lost importance since the last electoral reform.

Belgian voters are given five options. They may:

While there are some options to vote on more than one person, it should be noted that voters cannot vote for candidates of more than one candidate list (party). Doing so makes the vote invalid.

Political campaigns in Belgium are relatively short, lasting only about one month. They are subjected to several limitations:
There are restrictions on the use of billboards.

For all of their activities, campaigns included, the political parties have to rely on government subsidies and dues paid by their members.

Belgium is one of the few countries that has compulsory voting, thus having one of the highest rates of voter turnout in the world.[5]

Elections for the Federal Parliament are normally held every four years. The community and regional parliaments are elected every five years, and their elections coincide with those for the European Parliament. Elections for the members of Belgium's municipal and provincial councils are held every six years.