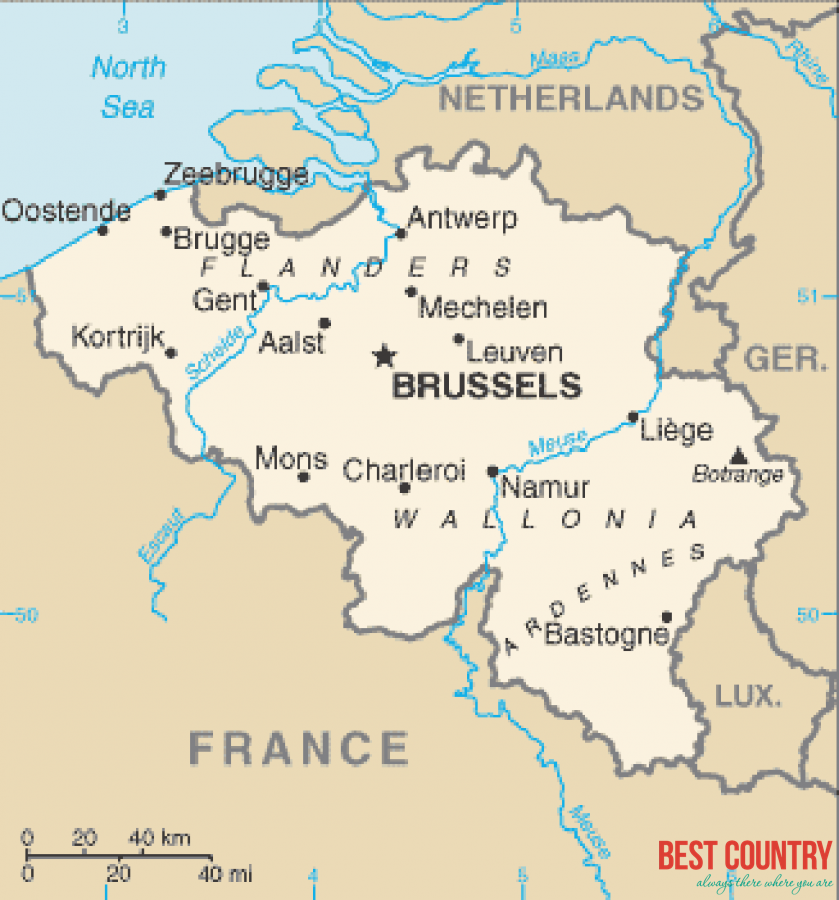 Its bordering countries include France, Germany, Luxembourg and the Netherlands.

The geography of Belgium is characterized by its varied landscapes consisting of rivers and gorges of the Ardennes as distinct from the rolling plains which constitute most of the countryside.The country has a coastline of 66.5 km.

Belgium is divided into three main geographical regions with the coastal plain in the north-west, the central plateau and the Ardennes uplands in the south-east.