When it comes to beer, Belgium is king. In Belgium, a glass of beer can easily be thought of as part of the meal, and beers across a dizzying spectrum of hues are popular here. Drinking beer and spirits first developed in Europe as practices which promoted good health. Belgian brewing practices are second to none, and brewers produce beers that carry strong fruit overtones, are strong in alcohol content, and are a terrific swill from the first aroma to the aftertaste.

In Belgium, developing and brewing beer was traditionally carried out by monks living in abbeys.

Today beer in Belgium continues to be produced by many abbeys. These beers are known as trappist--while an abbey beer is a beer produced by a brewer who has simply taken the name--and possibly recipe--of an abbey as inspiration for their own brews.

And it's no wonder, after all, the trappist beers are generally highly drinkable, powerful concoctions, with alcohol content for some beers peaking north of ten percent! 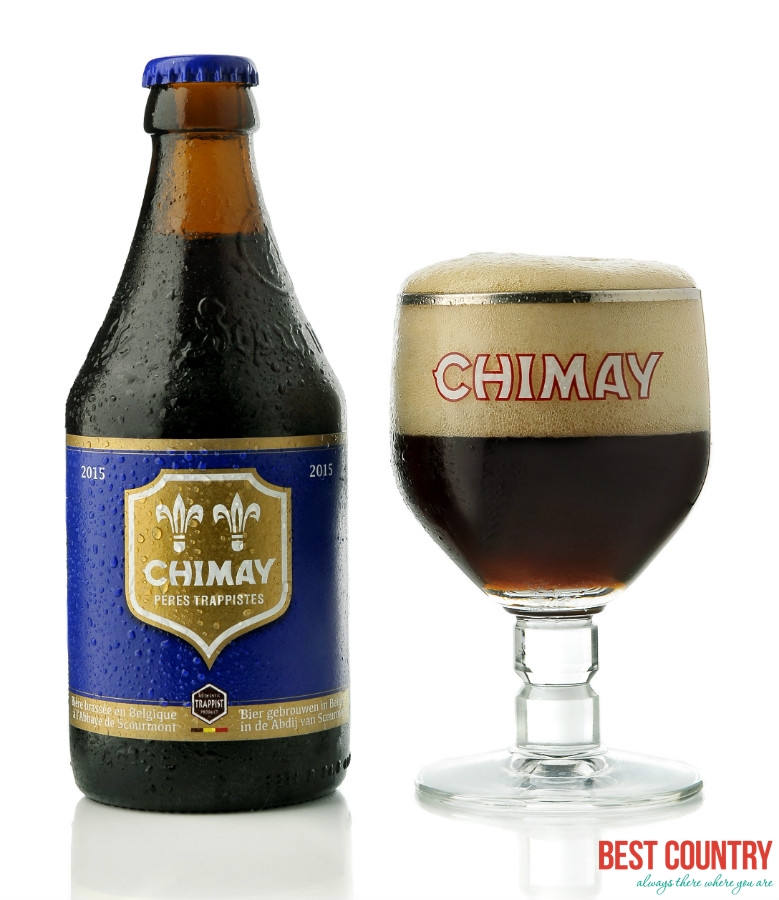 Chimay, one of the most popular brands of trappist beer, carries a range of brews, its strongest, the Bleue, handing out goodnight kisses at nine percent, with its also powerful Rouge coming in at seven percent.

Rochefort's cream label belies the tempest in a bottle you're getting whenever you order from this trappist brand's trio of extra-strong beers (try 11.3 percent on for size).

In addition to borrowing their names from trappist abbeys, abbey beer brewers in Belgium have also adopted some of the attitudes of the trappists, such as insisting on making a stronger-than average beer.

Leffe and Maredsous are well-established. Both brewers have won international acclaim and are essential stock for any bar serious about serving Belgian beer. While powerful, these beers put the emphasis on flavor, with tongue-tickling heads aromas that will have your head swimming in oak barrels filled with herbs and fruit.

Leffe and Maredsous have several labels and top out at 8.4 percent and 9.5 percent alcohol respectively; try their second strongest, and leave the heavy lifting to the trappist brands. Or, give lesser-known Grimbergen a try--it tips the scales at double digits and wears its weight a little more comfortably than its more famous cousins.

Get a little ways off the beaten track of beer in Belgium, and you'll find fertile fields of fermented hops and barley and fruit yielding an Elyssian meadowland of colors and flavors.

Outside the trappist tradition there remain dozens of regional traditions and independent brewers producing great beer. Lambic beers have their origins in the area surrounding Brussells, and while their prominence has been diminished over the last one-hundred years, they are in no danger of disappearing.

They are poured out with no head at all, and plenty of fruit flavor. Their alcohol content is lower than the trappist and abbey brews, with some being below four percent, but most coming in just below five. If you don't know where to start with Lambic beers, or a kriek--this fruity red beer will give you a glimpse into what was once the brewing rage all over Belgium.

In a tongue-in-cheek reference to their independence from abbeys, many brewers in Belgium adopt names referencing the devil. They produce along similar principles--high quality, rich flavor and with plenty of punch--but the finished product is unique unto itself. Some popular brands include Duvel, Lucifer, Satan and Bush.

But perhaps the most recognized is Delirium Tremens.Along with its brothers Delirium Nocturnum and La Guillotine, this brand's trademark pink elephants will dance before your eyes long after you've finished the beer.