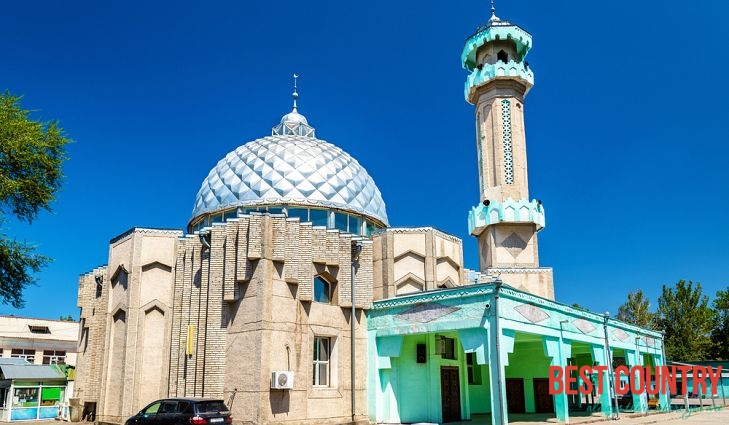 Alongside Islam the Kyrgyz tribes also practiced totemism, the recognition of spiritual kinship with a particular type of animal.

Under this belief system, which predated their contact with Islam, Kyrgyz tribes adopted reindeer, camels, snakes, owls, and bears as objects of worship.

The sun, moon, and stars also played an important religious role. The strong dependence of the nomads on the forces of nature reinforced such connections and fostered belief in shamanism (the power of tribal healers and magicians with mystical connections to the spirit world) and black magic as well.

Traces of such beliefs remain in the religious practice of many of today's Kyrgyz.

Knowledge of and interest in Islam are said to be much stronger in the south, especially around Osh, than farther north.

Religious practice in the north is more heavily mixed with animism (belief that every animate and inanimate object contains a spirit) and shamanist practices, giving worship there a resemblance to Siberian religious practice.