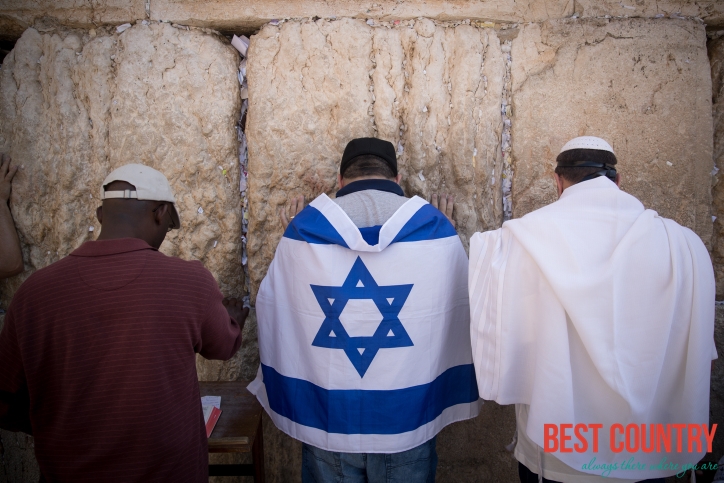 Religion in the State of Israel has played an immeasurably integral role in shaping the country’s traditions, culture, and way of life throughout history.

Because Israel is the Holy Land of three of the world’s great religions, Judaism, Christianity and Islam, it attracts both immigrants and visitors from all over the globe.

Present-day Israel is the only country where Jews make up the majority of the population.

The remaining 4.3% are classified as “other” and are comprised primarily of non-Arab Christians and non-Arab Muslims.

Although Judaism is the most popular religion, the freedom to practice any religion within Israel is guaranteed.

Israel protects the freedom of Jews and non-Jews alike to engage in their chosen form of religious practice or worship.

The Ministry of Religious Affairs assists institutions of every affiliation and contributes to the preservation and repair of their holy shrines, which are protected by the government and made accessible to pilgrims of many faiths and ethnicities.

Religious institutions in Israel enjoy state financial support in the form of both direct funding and tax exemptions.

Because of Israel’s affiliation and relevance to different faiths, many pilgrims do indeed visit Israel and its holy places. The diversity of sacred sites in Israel invites all religions and denominations.

The modern State of Israel has its historical and religious roots in the Biblical Land of Israel, also known as Zion, a concept central to Judaism since ancient times.

Jerusalem is the historical site of the First Temple, which was built by Solomon in the 10th century BC, then destroyed by the Babylonians in 586 BC.

Jerusalem is also the home of the Second Temple, which was built about 70 years later, and ransacked by the Romans in AD 70. According to Christian Scriptures, Jesus of Nazareth actually preached in the Second Temple.

Within just three centuries, Christianity grew from a messianic Jewish sect, spread by Jesus’ followers, to the established religion of the Roman Empire.

Jerusalem is also a holy place for Muslims; the Dome of the Rock marks the site where, in Muslim tradition, Mohammed rose into heaven.